From Scientolipedia
Jump to navigation Jump to search
Scientology outstanding achievements of 2014 - Great people making the truth about the subject available to the world.

"And I believe that the freedom of the material which we know and understand is guaranteed only by a lightness of organization, a maximum of people, good training and good, reliable, sound relay of information. And if we can do these things, we will win. But if we can't do these things, sooner or later the information which we hold will become the property of an untrustworthy few. This I am sure, because it has always happened this way. But that's not reason it has to keep on happening this way. I am not of an inevitable frame of mind...."
"Scientology, well understood, is a very powerful thing. Poorly relayed, poorly communicated, monopolized or used exclusively for gain, it could be a very destructive thing."
LRH. From the "Anatomy of the Spirit of Man" congress lectures. Tape 6, June 1955.

The subject of Scientology (as opposed to a dysfunctional corporate entity known as "the Church of Scientology") is alive and well in the "Field". (individuals and groups using the subject to help others attain greater awareness and happiness in life, separate and apart from the corporate church)

2014 has been an amazing year for individual application and dissemination of the benefits of the subject of Scientology and Scientolipedia.org has been the premier showcase for these efforts. Without the fantastic collaborative efforts of these people, Scientolipedia.org would not have become the roaring success it has.

This year we are acknowledging two individuals and one class of people who exhibited an outstanding spirit of teamwork and dedication to helping others achieve greater spiritual awareness.

We are very grateful to the recipients of this year's award and to ALL those who help keep the light of freedom shining for everyone! 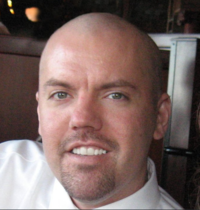 Brian Cox is the prime developer of our ability to make ALL the materials of Scientology available to everyone.

Brian is a strong advocate for Open Source information and knew where he could access a stockpile of Scientology materials - but when we married those with the idea to make them available via the Torrenting System you will find at the Having the Correct Technology page, we knew we had something Scientologists had never had before. i.e. a secure way to transfer very large files to as many people as would want them anywhere in the world, and immune to being interrupted by a certain unscrupulous corporate 'church' entity.

Links to ALL of L Ron Hubbard's lectures were put up first, followed soon after by ALL the written materials.

Brian created a video tutorial on how to set up and use the torrent system - making it super simple for anyone to use it - built-out the page with over 100 sections for all of the lecture links, and found a Seedbox that would add to the speed and reliability of the downloads.

Brian has overseen the maintenance of the torrenting/downloading system and thereby facilitated many terabytes of data transfer of L Ron Hubbard wisdom and technology. Enough so that anyone could start-up and run a complete Scientology delivery center and have every reference they would need to do so.

Brian is a very deserving recipient of this years Outstanding Achievement Award. 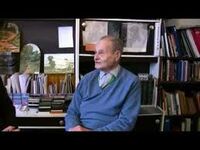 Antony Phillips is like a rare gem in the Scientology world.

60+ years involvement in the subject gives him a unique perspective and thankfully, he has sort of adopted Scientolipedia as a beneficiary of his considerable willingness to secure the legacy of the great people who've contributed to the subject - for all our benefit.

His contributions to articles and biographies are too many to list here on this page but you can view them at THIS PAGE to get an idea how active our beloved octogenarian has been. (take heed you youngsters who feel back-off'ish about learning this site's software)

A look at his page reveals Antony's long history and dedication to publishing Scientology materials - in and out of the church. Most notably is his long-time publishing of the famous IVY magazine that kept the hopes, aspirations and a sense of connection to the subject and friendships alive for those disenfranchised from the corporate church before the Internet came along.

When "Ant" read our biography of Yvonne Gillham Jentzsch and saw our built-in, pop-up glossary feature, I think he recognized scientolipedia as a logical successor to his earlier publishing endeavors and he began to learn the wiki software, contribute articles and continue his dedicated work to honor those who helped build the subject and keep the flame alive for future generations.

Here is one audio tape he's made available from the bio of Joan de Veulle - one of the early pioneers of Scientology in England.

Thank You Antony - your contributions are very much appreciated and you are very, very deserving of the Outstanding Achievement Award for 2014.

see Ant's response to receiving the award on the discussion page.

This is an 'ack' to the Scientology field as a whole, because in 2014 we witnessed a significant shift in both the quantity and quality of the field's collective willingness to 'get involved'.

In the "protest the church" arena, we saw ever increasing boldness and contributions from a great many people on blogs like Rinders' and the new South African one. Major legal skirmishes like the Garcia case and Monique Rathbun's were a continuing major annoyance to the church but the announcement of two major Hollywood documentaries on the church look to make significant dents in "Fortress Scientology".

The more important arena, the one which we are engaged in here, is the one of outreach and dissemination of the positive benefits of the subject of Scientology - it's growth, use and application outside the corporate walls. This is where we observed a tremendous upswing in interest and participation. 2014 was a turning point in this regard.

Milestone Two from Australia, succeeded in gaining a good size following as a 'pure-play' positive site (one not publishing the ongoing battles and corruption of the corporate church) while dispensing uplifting stories and anecdotes about Scientology applications as well as working to connect people from across the world with auditors.

Likewise, the previously mentioned South African blog gained a head of steam and found an international audience for its hybrid mix of exposure of corporate CoS shenanigans along with positive reporting on field activities. One example of this is when we cross-posted one of their articles concerning the future of Scientology written by Ryan Hogarth titled Why control of Scientology is no longer possible or necessary which served to inspire and embolden the thousands who've read it.

Trying not to strain our arm while patting ourselves on the back here, we will also mention that Scientolipedia.org continued to pave the way for others looking to make sense of the seemingly confusing landscape of Scientology. We launched our first several issues of our newsletter, made ALL of Scientology materials available for download via the Torrenting System, published many biographies and information about the subject and people like the Perry Chapdelaine biography, expanded our Facebook groups and Pages, Twittered like mad and had a lot of fun in the process!

The above highlights are offered as just some of the "indicators" we've noticed throughout the previous year which, combined with many other examples of increased participation and engagement on the part of field Scientologists, all point to a major turning point having occurred.

We acknowledge everyone who has been a part of this evolution. We are witnessing a great time in Scientology - believe it or not - and find there is much to be optimistic about for the future of the subject and all of us who have benefited from it.

Each and every individual who had the courage to audit others deserves continuous and perpetual honorable mention here!

Auditors will forever be 'the most valuable people on earth and we salute every single individual who has taken the ultra high level of responsibility for all the dynamics to help bring more sanity and happiness to this very troubled world.