Ed Note - The following was part of a discussion at a Scientology blog regarding the change in L Ron Hubbard's approach to dealing with perceived enemies of himself and the Scientology organization. It provides context for understanding his policies and structure of the organization from the late '50's forward and sheds light on how and why the organization veered off track from it's stated goals. Dl88008 10:17, 10 February 2013 (MST)

"I believe that it is tremendously important to understanding the radical shift in LRH attitude and strategies."[1]

The primary trigger was undoubtedly having the Church’s tax-exempt status withdrawn in 1958.[2] 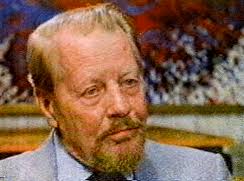 The journalist Garrison, in the book Hidden Story of Scientology reported: “the federal tax agency sent the Church a letter withdrawing their tax-exempt status on the ground that the exposition and propagation of “tenets set forth in the books of L. Ron Hubbard, and related instruments of instruction relative to ‘Scientology’ in training courses, clinical courses and otherwise” did not constitute an exclusively religious or educational activity.”

LRH’s response (or at least date-coincident) was to form HCO, and issue the confidential HCO Manual of Justice in 1959, which was issued only to bonded HCO and Church personnel until it was published on the Internet in the late 90s. This manual was the precursor to the Guardian’s Office, laying out intelligence, investigation, and justice procedures to weed out dissident and disruptive elements coming into the Churches.

In April 1960, LRH clearly violated the regulations restricting tax-exempt organizations from political activity and sent out a bulletin that concluded: “It is my hope you’ll vote and make your friends vote. But please don’t vote for Nixon. Even his own secret service agents assure us he stands for nothing we do.” This was pretty much waving the red cape in front of a bull, only the bull was really a 300 pound gorilla. Nixon was Vice-President of the U.S. at the time, and Hoover was chief of the FBI.[3]

Under the auspices of the Committee on Un-American Activities, Hoover had directed campaigns in the U.S. to root out subversives and communists, using all manner of illegal methods including false propaganda, search and seizures, etc. 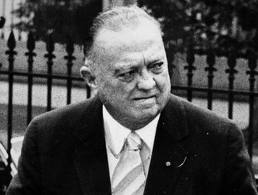 Then unsurprisingly, the 1963 FBI raid: “On January 4, 1963, under the guise of executing a warrant authorizing the seizure of E-meters, a raiding party of U.S. Marshals, joined by FDA agents and three narcotics officers from the D.C. Police Department, swooped down on the church. In Gestapo fashion, they ransacked desks and filing cabinets and, in addition to E-meters, carted away a truckload of creedal literature. Hoping to find some evidence of drugs the officers invaded residential quarters occupied by the church staff. There they rifled closets, bureau drawers, and even lifted bedcovers.” [4]

Note: Investigations in the 1970s disclosed a wide variety of dirty tricks used against individuals and organizations targeted as un-American, subversive, or communist throughout the 1950s and 60s. When the records of the closed executive sessions of the subcommittee under McCarthy’s chairmanship were finally made public in 2003–4, the report was prefaced: “Senator McCarthy’s zeal to uncover subversion and espionage led to disturbing excesses. His browbeating tactics destroyed careers of people who were not involved in the infiltration of our government. His freewheeling style caused both the Senate and the Subcommittee to revise the rules governing future investigations, and prompted the courts to act to protect the Constitutional rights of witnesses at Congressional hearings … These hearings are a part of our national past that we can neither afford to forget nor permit to reoccur.” [6] 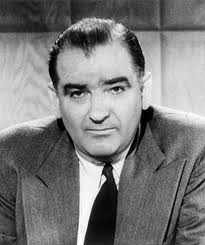 To add to the scene, and running as a constant undercurrent from 1949 on, was the National Institute of Mental Health, which took a highly influential role in shaping policy, research and communicating with the public, legitimizing the importance of new advances in biomedical science, psychiatric and psychological services, and community-based mental health policies. By the mid 1950s, it was growing leaps and bounds. Simultaneously at the global level, in 1948, the World Health Organization and the World Federation for Mental Health were established with a similar mandate. Of course, these organizations were enthusiastically supported by the AMA and APA, both profit-making industry organizations formed for the purpose of forwarding market penetration for their membership. In 1963, the AMA/APA formed the Committee on Quackery, which ran its own propaganda smear campaigns against alternative health methods until 1987, notably chiropractic, the Supreme Court ruled that the AMA had engaged in an illegal conspiracy to destroy the chiropractic profession by engaging in “systematic, long-term wrong-doing with the long-term intent to destroy a licensed profession.” They targeted many, many organizations, not just chiropractics. They even went after the fledgling vitamin industry in the 1970s![7](see also related article)[8]

Hysteria about mental health was probably fueled to no small degree by the coining of the term brainwashing by Edward Hunter, a CIA operative and journalist who released his bestselling book in 1956, Brainwashing: the Story of the Men Who Defied It. A mix of propaganda and fact, this book detailed the brainwashing methods used in Mao’s China and in Korea against U.S. prisoners in World War II. It scared the living daylights out of people, and was intended to offset communist propaganda. Hunter basically asserted that we were in a war for the minds of people. World War III. 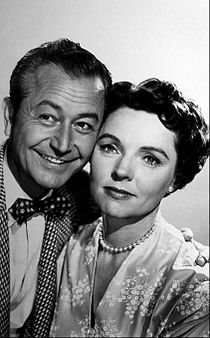 Behind the scenes, and in secret operations, CIA was busy working on mind control, ostensibly rushing to catch up on the new weapons of mind war. Their operations were divulged during investigations in the late 1970s, some of the most vicious experiments in mind / body manipulation ever exposed. ECT, surgery, LSD, mind altering drugs, you name it, they did it – illegally, secretly and in complete violation of human rights. They also acquired the Nazi concentration camps experimental information at the end of the war.[9]

"The idea behind MK-Ultra was to find a substance that would allow the CIA to control people’s minds and manipulate them and make them do things that they would never otherwise do. And then, if you were lucky, just forget that they had ever done them. … [Gottlieb] decided that before you could find a way to insert a new mind into somebody’s brain, you first had to find a way to blast away the mind that was in there.

... He used every kind of drug combination he could imagine, plus sensory deprivation, hypnosis, electroshock and all kinds of other techniques, all aimed at trying to find a way to destroy a human mind. ... Behind him, he left a trail of wounded and dead in numbers that nobody can even estimate because records were all destroyed as Gottlieb left the CIA."[10]

All of the above has been thoroughly documented and exposed starting in the mid 1970s, with new revelations appearing in the 21st century, exposed because of the Internet and the Freedom of Information Act.

LRH was aware of and diametrically opposed to many of these activities and consequently came under fire — heavy, concentrated fire funded with millions of dollars by government agencies and health industry organizations. The wonder of it all was that he never did knuckle under. But I believe he paid for it with his health and we paid for it with the war machine he was forced to mount. For the tiny C of S, this was suppression and oppression on a major scale. I don’t find it at all surprising that he sought for ways and means to detect and handle enemies of the Church. The enemies were real. They were not just enemies of the Church — they were enemies of the constitution with their constant efforts to implement mental and physical health laws that effectively took self-care and alternative care out of the hands of the population, stripping people of their rights under the name of the common good.

All of this against a backdrop of a conservative, patriarchal culture where blacks went to separate bathrooms and schools, women belonged in kitchens, children went to Sunday School and Father Knows Best. No sex before marriage for women (but men sowed their wild oats), unwed mothers hidden in shame, and don’t even think about being gay unless you wanted to be run right of town. Perfect nuclear families all eating apple pie and ice cream, glued to the five o-clock news on black and white TV.

1. another part of the nervous system which receives and sends impulses to the body parts. (SPB) 2. a neuro-shock absorber. It has very little to do with thinking. (SH Spec 75, 6608C16) 3. a very mechanical rattletrap sort of a switchboard that’s been thrown together by you in order to translate thought into action and to coordinate energy. (5203CM03B)