Why control of Scientology is no longer possible or necessary

This article by Ryan Hogarth was recently published at the BackinComm Blog and is offered here because of its vital importance to the Scientology community. 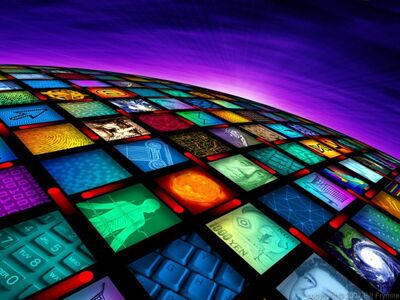 The subject of Scientology can no longer be controlled. In truth it’s been uncontrolled for years and individuals and groups the world over continue to make free use of the material.

The reason it can’t be controlled is the same reason that control is no longer possible as a central business model in a modern 21st century world. I make my living talking to business leaders about the changing world of business and the new way of thinking that modern business demands.

Control was a central concept of business throughout most of last century. The idea being that a business makes or provides something that the public want. The business then controls distribution of the product so it can only be obtained from them. By controlling distribution price can be manipulated according to the whims of the business.

Of course as soon as a business has competition control becomes harder. The element of choice is introduced. Given a choice a customer will generally go with the option most convenient for the customer. In many industries competitors would collude to give the illusion of choice while still being thoroughly controlled.

This was the model upon which Scientology organisations were based. Born out of 1950’s business thinking every effort has been made to control the distribution and practice of Scientology. Control of who can train, who can be audited, who can practice. Great expense and massive effort has been expended over the years. Think of the missions, groups and field auditors where the environment is preferred but they too are controlled by local organizations which in turn report to and comply with the international management structure and eventually fall victim to it.

My favourite example of an industry whose control was upended is the music business. The model for the industry was simple. Find an artist, produce his, her or their music and tightly control its distribution. Make money. Many of us are old enough to remember a time when to own just one song you really liked you had to buy an entire album of songs you didn’t know or like, and you had to buy that album during shopping hours at an outlet wherever it may have been located. Control = Income.

Piracy was always an irritation. There was always someone making illegal copies of records or recording songs off the radio instead of purchasing. An irritation but nothing more. There were of course more serious pirates producing multiple copies and selling these. But such rings were often and regularly smashed. 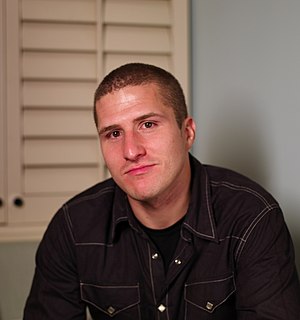 During the 90′s two technologies went mainstream: Digital music and the Internet. Their combination was a killer! Music could be digitised. Songs made into high quality audio files that could be easily shared across the Internet. In the late 90′s a 19 year-old named Shawn Fanning developed a service called Napster. This allowed people across the world to connect to each other and share their music libraries. No more low quality tapes or CDs that were difficult to come by. Piracy went global and it was no longer an irritation. It was a pandemic! Overnight control had been ripped away from music labels. Travel to a music shop? Buy an overpriced CD? Nah. Download it right now at 11pm sitting at home.

Record labels didn’t take it lying down. They went to war! They brought out their lawyers. Their very big and nasty lawyers. Sometimes many of them at the same time. Young Shawn Fanning never stood a chance. Napster was forced to change its operations and within a few years ceased to exist.

But the fire had been ignited and there was no stopping it. Similar services sprang up as quickly as they were shut down. It was only when Steve Jobs sat down with the industry and forced upon them some change that they saw the future a little more clearly. Radical change. He convinced them to make music available online and at a reasonable price. Relax the control. Give people what they want, when they want it. iTunes was born and it boomed. This, along with the iPod, revived Apple.

When it comes to music consumption the average user – you & I – are quite happy to pay for music as long as it is easy to access, it’s affordable and we can get it at our convenience. If it isn’t this way then there are plenty alternatives we can use. Customers don’t owe their loyalty and they certainly don’t need, want or accept control.

With bandwidth now faster & cheaper the same revolution has come to the film & television industries. And so it is with just about every industry in the world today. The business-customer relationship has changed. Business models must change accordingly.

Control is outdated. Today it is TRUST that must be the central business model. Trust is built through transparency and open & honest engagement.

The customer is in charge. The customer has access – fast, cheap access to just about everything. How do you control such an animal? You don’t, of course.

For the purposes of this article piracy and squirrelling are the same thing. Why go through the control of the church when you can get the Scientology info for free and at your convenience on the net? Why should anyone study Scientology the way someone else wants them to? Do we really want to have to commit to a fixed schedule? No, we want Scientology to fit our lifestyles in a way that improves that lifestyle according to our own understanding and our own observations.

The gargantuan efforts still being made by the church to control how Scientology is used and distributed is ridiculous. It’s like catching the wind or holding back the tide. Futile and unproductive. It’s already out there. That’s why control, even if it were desirable, is simply no longer possible.

The future though, lies in the opportunity that this new, technological world presents us.

Imagine the business model used by tech companies (Google, Facebook and the like) being applied to Scientology. That model is based on growing a user base rapidly. Get as many people as possible using your product. If there are a million users a percentage of them will pay for the premium version. The philosophy of Google is get everyone connected to the Internet. They know their business will grow if more people are online so they focus a lot of attention on getting the world connected.

How would this apply to Scientology? Make training cheap and easy. Very cheap and dead easy. Do EVERYTHING possible to help people train. Make it so easy that THOUSANDS train themselves. Subsidise it if necessary. Just get people auditing – whether it’s good auditing, bad auditing, indifferent auditing. Make it abundant! 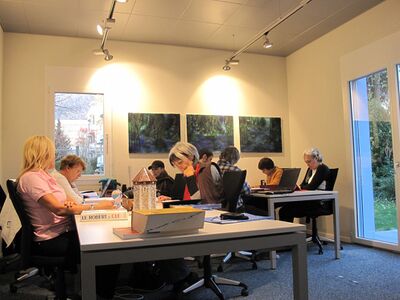 The orgs would be the pro’s. When someone is ready for the real deal that’s where they’ll get it. With this model the orgs would drown with people. With a million people auditing in some fashion a good few thousand would seek out pro training or auditing. You would certainly have a vastly greater number than the 5 field auditors currently practicing in South Africa. That after 60 years of “making auditors”.

How do you make it easy for people to train up? Here are a few of my ideas, I’m sure there are many more. Once you get the hang of this free and broad use of the subject the ideas are endless:

With volumes of people doing this there will be plenty who want professional training and professional auditing. And when this happens, they will flow into the orgs – in abundance.

As LRH says, cases are better opened than not and any auditing is better than no auditing so even the dodgy auditing happening out in the wild makes the world a little better.

Forget about what critics or others say. Let results speak for themselves. With instant global communication those amateur auditors will be disseminating their wins like mad on YouTube, Facebook, Twitter & blogs without prompting or direction.

Probably most importantly, with such a model the labeling of people as “Suppressive” or having a policy or practice such as disconnection becomes utterly irrelevant. With such a model we achieve what I honestly believe was LRH’s early view of Scientology: A subject of complete inclusiveness.

In my view this is the only viable future for the subject: Firmly in the public domain.

ED Note: The two gentlemen below deserve mention in regard to this article due to their having created a new paradigm for sharing information in the Internet age. It is doubly appropriate because this site is run by the software they created for Wikipedia. It offers us the solution to a question some are beginning to ask - i.e. what is the best platform to use to disseminate our information?