Scientology outstanding achievements of 2013 - Great people making the truth about the subject available to the world.

"And I believe that the freedom of the material which we know and understand is guaranteed only by a lightness of organization, a maximum of people, good training and good, reliable, sound relay of information. And if we can do these things, we will win. But if we can't do these things, sooner or later the information which we hold will become the property of an untrustworthy few. This I am sure, because it has always happened this way. But that's not reason it has to keep on happening this way. I am not of an inevitable frame of mind...."

"Scientology, well understood, is a very powerful thing. Poorly relayed, poorly communicated, monopolized or used exclusively for gain, it could be a very destructive thing."

The subject of Scientology (as opposed to a dysfunctional corporate entity known as "the Church of Scientology) is alive and well in the "Field". (individuals and groups using the subject to help others attain greater awareness and happiness in life, separate and apart from the corporate church)

2013 has been an amazing year for individual application and dissemination of the benefits of the 'subject of Scientology and Scientolipedia.org has been the premier showcase for these efforts.

While becoming the highest ranked website featuring exclusively positive and truthful information on the subject, Scientolipedia.org has benefited from the contributions of a large number of individuals who took it upon themselves to Do Something About It.

Without the fantastic collaborative efforts of these people, Scientolipedia.org would not have become the roaring success it has. People saw the benefit of banding together on a single focal point platform and use it as THE vehicle to communicate to the world the very positive and beneficial aspects of the discoveries of L Ron Hubbard.

Three individuals went far far above and beyond "the call of duty" to create content that has changed the entire Scientology landscape. A statement that is not mere hype, it is fact!

I continually receive feedback and commentary from a wide variety of sources indicating how helpful and impactful these contributions have been to their understanding of and appreciation of the subject of Scientology.

The work of the individuals commended here represents many thousands of hours investment to bring the information to you.

More about the process each took to achieve their fantastic work is spelled out below. Suffice to say, we all owe a great debt of gratitude to each of our 2013 honorees. Their selfless dedication (none received any compensation for their work) to bringing truth and valuable information to us all is the "right stuff" and deserves the highest praise and admiration.

Thank You 2013 Outstanding Achievement Award winners. You are very much appreciated! 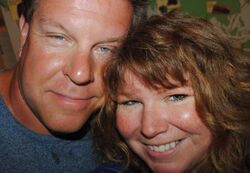 The creation of the Meter Reads Drill Film was a milestone for the Scientology Field.

For the first time, a professional instructional film was made outside the corporate walls of the CoS. No simple task considering a.) Jonathan didn't have elaborate film production facilities available to him. In fact, he did it all with an underpowered Mac PC, an Ipad, his broad understanding of the subject matter and a whole bunch of determined effort to pull it off - b.) It went against the grain of entrenched ideas that only church or LRH sanctioned entities (or former executives or "higher-ups" in tech hierarchy) should be so bold as to instruct others in the correct use of the e-meter - c.) Jonathan had never made this type of film before and so was learning as he went.

In spite of these obstacles he persisted over several months and many hundreds of hours, to create a very valuable aid to both aspiring and veteran auditors and instructors. The film has also served a de-mystifying effect in making the e-meter more understandable and confrontable to thousands of people who never saw one in operation or ever saw what meter reads looked like.

Jonathan sent advance copies of the film to a wide panel of veteran tech people for feedback and critique. (a process designed to sort out any technical glitches as well as gain consensus and credibility)

Having had many conversations with Jonathan during this period, I can tell you it was a challenge for him to work through the critiques and comments about the project, make suggested changes, and re-do the film numerous times to reflect the improvements suggested. Jonathan handled these with superb ARC and finesse while refusing to be diswayed or diverted from completing the project.

The result is an excellent new tool for auditor training.

Thousands of people have viewed the film and it has become an invaluable tool and a great example of how people can take it upon themselves to do something important with the subject.

Without question, a most deserving recipient of this years Outstanding Achievement Award! 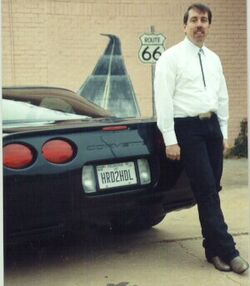 Howard Dickman has created much more than a biography in the course of producing the Yvonne Gillham Jentzsch life story.

He has created an understanding of the true history of Scientology and its people and times.

That understanding is a much needed salve to those who have experienced stress and trauma from association with the corporate church. This soothing effect should not be minimized since in the end, what better message would Yvonne herself wish to convey to people who read her story? For those of us who knew her, there is no doubt she would have it no other way than that the message of hope and redemption shine through as a result of the truth being told.

Howard has told the truth in an unprecedented way. Never before has there been such thorough documentation of the key events and players in the building of the Scientology world-wide movement.

It should be noted that very few people could have accomplished what Howard has. His patience, diligence and dedication over 17 months of exchanging countless emails and telephone conversations was a superb accomplishment itself. He also had to learn the wiki software in order to edit the biography, add pictures and provide reference documentation. But where his superb character and willingness to "get it right" shone through the most was in his delicate and considerate handling of family members who had considerable personal concerns about the release of the biography as well as deep emotional involvement in the story.

Howard was the perfect combination of sympathetic avuncular confidante to the family and many other contributors, dogged researcher determined to leave no stone unturned and the perfectionist's attention to detail.

All the above resulted in a finished product that has set the standard for research into the subject of Scientology, its leaders and ultimately, provide a more balanced understanding for all of us. 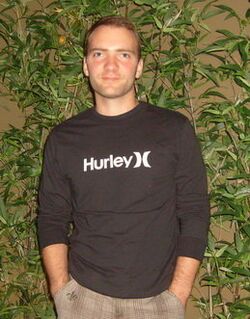 When Eugene first mentioned his work to compare original Scientology books with the 2007 "Golden Age of Knowledge" (GAK) versions in the Scientolipedia Facebook group, I immediately recognized this was important work and posted some of his reports on this website. (he had them on his own website but no one would find them there as it was new and not very elegantly laid out)

The layout of the reports he had created were not conducive to ease of reading for site visitors so I began to edit the layouts with side-by-side tables so the reader could easily see the alterations.

Eugene took this idea, ran with it and proceeded to update all the book reports in the table layout to spectacular result.

In addition to doing the painstaking and time consuming work to identify the changes to the text, Eugene developed a way of photographing the books and pages so they could easily be imported into advanced software which in turn would facilitate the comparisons.

Eugene taught himself a number of software applications, photography skills and dedicated countless hours of painstakingly detailed analysis of the materials. Quite a remarkable undertaking on ones own!

The books written by L Ron Hubbard are the very core and essence of the entire subject. That someone would have the incredibly evil intention to alter those materials in a manner so as to obscure the complete understanding of the subject, is a fraud and corruption of huge proportions.

Eugene's work is awesome in its detail and comprehensiveness. He has done a great service to all of us by putting to rest any shred of doubt about the worth of GAK materials and is leading the way in setting straight a great wrong and thereby ensuring generations and millions on into the future will have access to unaltered L Ron Hubbard works.

Each and every individual who had the courage to audit others deserves continuous and perpetual honorable mention here!

Auditors will forever be 'the most valuable people on earth and we salute every single individual who has taken the ultra high level of responsibility for all the dynamics to help bring more sanity and happiness to this very troubled world.