How to Study Dianetics and Scientology

Scientology has made a great contribution to the subject of Study and learning. Due to widespread difficulties people have with absorbing information and being able to apply that information, it was necessary to develop a better system of teaching so students would be able to retain and apply the materials after having studied something.

L Ron Hubbard found the educational systems of the world were being undermined and diluted to such a degree that students attempting to learn Scientology were failing due to their inability to study and comprehend. They also could not apply the Scientology materials they were presented with. All too often it was discovered the prior studies or more accurately prior failures in study, were interfering with their comprehension of the Scientology materials.

In other words, Scientology had to offer a remedial education program as a preliminary to getting its own subject understood and applied.

To remedy this, LRH developed what is known as "Study Tech" (technology) which has become a core part of the broader subjects of Dianetics and Scientology which deal with the human mind and spirit.

Study Tech became the solution to civilizations' decayed educational system and over the course of several decades has been implemented in thousands of secular settings outside of official Scientology organizations such as schools, business learning and remedial education environments...to great benefit of those who've been exposed to the information.

There is much to learn about the Scientology study technology as it includes numerous elements which combined, make up a comprehensive whole, but the unpleasant phenomena associated with going past words, symbols, abbreviations, acronyms, idioms, derivations, foreign language phrases, slang or anything one does not understand before proceeding, is undoubtedly the most important.

A cascade of unfortunate things take place after one skips over unknown or not understood words...and once having done so, one becomes to a greater or lesser degree less attentive, less awake, less alive and less interested in what one is reading or studying and thus begins the inevitable slide into disinterest and often the complete abandonment of the course of study.

Every Scientology book or course contains the following warning displayed prominently in the beginning:

"THE ONLY REASON A PERSON GIVES UP A STUDY,


BECOMES CONFUSED OR UNABLE TO LEARN 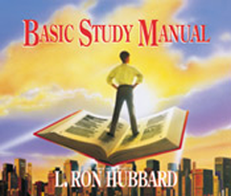 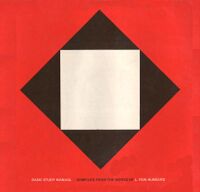 The language of Scientology itself is unique and loaded with terminology having very specific meanings which, if undefined by the student, will block the students grasp of the subject as surely as it would any other course of study.

This site provides a Glossary of Scientology Terms which is available from any page in the sidebar.

We also provide an "inline" pop-up definition feature when you mouse-over Scientological terms within the text of any page on this site. (mouse over the word "auditor" here)

For more detailed explanation of Study Technology, click the "Basic Study Manual" to the right and download it.

"...our material is actually a research record, and you are looking at a research record. You are not looking at textbook material. And as soon as you realize that, you’ll have a much easier time of it. At any given instant on a research line, that which is known is believed to be true, and it wouldn’t be there unless it had some workability at any given instant. But at any given later instance on that research line, you will find that that material has been re-examined and that certain data in it which are not important have been dropped and certain data in it which are important have been clarified and added. ...remember that you are studying a research line...

"Reevaluation of information in the direction of arriving at more fundamental conclusions which have greater usefulness is the basic of this progressive research line which you are studying.

"The whole contest has been then to see things clearly, well knowing that one could not be on this planet researching things without having his opinions colored. And yet trying to rise above the coloration of opinion by one’s own aberration and associations or even the penchants and enthusiasms of the age.

"...education also carries with it de-education. And when you’re studying on a research line, you have to become very flexible indeed because you have to de-educate yourself by a clarification and understanding of materials you thought existed - and so did everybody else - existed in a more complicated state...years ago. And you’ll find one of your great difficulties with an auditor is he’s glommed onto and made an "all" out of one of these old data of some kind or another, and he’s got it standing there in his road."

From a lecture by L Ron Hubbard given on October 15th, 1963: "Essentials of Auditing."

The end result of following the research track as explained above, is the distilled "best practices" or "standard tech" of Scientology which are in fact, the swiftest and surest methodologies and sequences of application.

LRH's lifetime of research and testing with tens of thousands of preclears and auditors, resulted in a very workable, powerful and mature body of knowledge of the human spirit, mind and condition...with remedies for their ailments.

It's up to the individual student to learn, test and experience this for him or herself.