Ten Minutes of Nothing 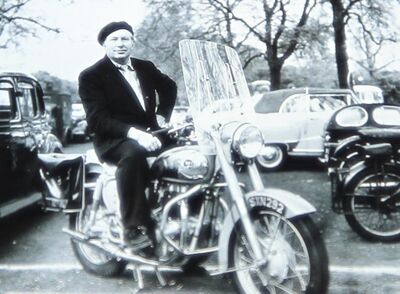 Here are two exercises Hubbard developed that you might try instead of "Not Doing", meditating, or self-auditing.

“Take Ten Minutes of Nothing. This technique means oh, so literally what it says. It isn’t ten minutes of “relaxation” or “relief” or “rest.” It isn’t ten minutes of you, a body. It isn’t ten minutes of somatics. It means ten minutes of no body, no engrams, no walls, no MEST universe, no sound, no thought, really nothing. All one’s life he is trying to get, to work, to be, to perceive SOMETHING. Now for ten minutes let us have utterly NOTHING. The gettingness of something makes a one-way flow. Also the dwindling spiral. Also, the one thing the analytical mind cannot be, it thinks, yet all it is is nothing, is in MEST terms: nothing. Mind you, fear of NOTHING is enough to make one’s stomach curl for nothing is death itself. This is unlimited in running time. It always improves a case in the long run if not instantly, as it often does. The preclear discovers sooner or later he CAN be nothing, that he doesn’t have to strive to be. What a relief! Lao-tse was so right about striving.

The MEST universe itself is mainly nothing even in the science of physics. In sound, concentrate on the silences between the beats, not the beats, for instance."

"Sitting somewhere near the center of the room, close your eyes and "contact" the two upper corners of the room behind you. Then, holding those corners, sit still and don't think. Remain interested only in those two corners.

You can do this for two minutes (minimum) or two hours, always with benefit. No matter WHAT happens, simply hold the corners and DON’T THINK.

You can do this daily. It will make you look and act younger."

1. a coined word, meaning matter, energy, space and time, the physical universe. All physical phenomena may be considered as energy operating in space and time. The movement of matter or energy in time is the measure of space. All things are mest except theta. (Abil 114-A)...More