From Scientolipedia
Jump to navigation Jump to search
THE GOVENOR

"Now, I want to show you another interesting mechanism. There is a mechanism called the governor. The governor is actually not even faintly influenced by entheta facsimiles originally, nor does it depend upon entheta facsimiles for its operation. It is a sort of a speed-control mechanism. If an individual is riding at tone 20.0, he is riding there because he is running at the speed of tone 20.0. He is set up as an organism to run at optimum speed, and he sets himself up. It is part of his self-determinism. An individual speeds himself up or slows himself down in order to meet various situations in life.

You can see him do this when he decides to walk or run, but it is more subtle than that. The metabolism and everything else concerned with the body can be speeded up or slowed down by conclusion, postulate and so forth.

You can find this governor in yourself. It is not even as difficult as learning to wiggle your ears. 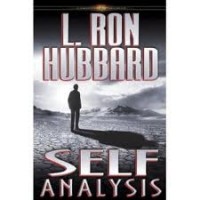 Just imagine to yourself being able to conquer the whole cockeyed universe, doing anything you want to do, being utterly, completely unrestricted and free in all directions to do whatever you pleased—bad, good or indifferent—and being strong, powerful and unassailable. Just think of yourself in those terms. That governor starts you speeding up.

I will tell you a little mechanism that is probably going on in your mind: The second you start to think that idea unlimitedly, you start bumping into postulates where you excused the fact that you weren’t running at that speed in the past. Isn’t that right? But if you just sit down and say to yourself:

You will be bringing in your own postulates against this and just knocking them out, because they come in and try to go up against it and they blow, and they just keep blowing. You have turned this speed up— you are going to be expansive and conquer everything, you know you can embrace the whole universe, you know that nothing can stop you.

You just go ahead on this forward vector and you will keep running into these locks and they will keep blowing. This is practically an automatic clearing device. I don’t know how many hours you would have to sit and postulate that in order to blow everything out, but everything would blow.

So, there is a very simple mechanism. That governor brings you up to speed. You start running at a higher level of speed and everything that you brought up to make you run at a lower level of speed will blow.

As a matter of fact, it is much shorter and simpler than this. If at this moment you simply made up your mind that you were handsome, beautiful, strong, dangerous, powerful, that you knew everything there was to know, that you were totally capable in any job that you undertook or any sport you undertook, and if you really believed that—and you can believe it—your face might change physically right there.

There is this mechanism. You study your own self a little bit and you will suddenly find it. It is very simple to come by."

1. means enturbulated theta (thought or life); especially refers to communications, which, based on lies and confusions, are slanderous, choppy or destructive in an attempt to overwhelm or suppress a person or group. (Scn AD) 2. theta which has been confused and chaotically mixed with the material universe and which will lie in this confusion until death or some other process disenturbulates it. Theta, below 2.0 on the tone scale, we call entheta. (SOS, p. 41) 3. anger, sarcasm, despair, slyly destructive suggestions. (HTLTAE, p. 88)

1. any mental picture, that is unknowingly created and part of the time track is a facsimile, whether an engram, secondary, lock or pleasure moment. (HCOB 15 May 63) 2. a theta recording. All physical perceptions, all effort, emotion and thought which a person experiences are recorded continuously, and these recordings are called “facsimiles.” They are not dependent upon an organism for their continued existence. Any facsimile which has been recorded is there to be recalled-when the individual has risen high enough on the tone scale,...more

2. a theta recording. All physical perceptions, all effort, emotion and thought which a person experiences are recorded continuously, and these recordings are called “facsimiles.” They are not dependent upon an organism for their continued existence. Any facsimile which has been recorded is there to be recalled-when the individual has risen high enough on the tone scale, when he has regained enough of his self-determinism. (Abil 114A)...More