The Way To Happiness 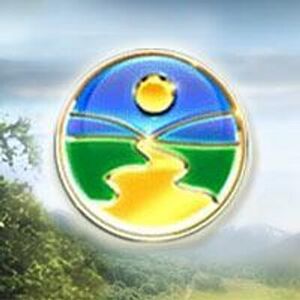 The Way To Happiness booklet

It is a secular guide to identifying basic principals which, if adhered to, will lead one to greater happiness and success in life.

Since the precepts are common sense and not a part of any religious doctrine, the booklet and its precepts can, and should, be freely distributed anywhere without fear of infringing upon any constitutional or doctrinal barriers to its distribution.

Again, its author was L Ron Hubbard but is NOT part of the creed nor "scripture" of the church he founded. The Way To happiness stands aside and separate from the formal religion of Scientology and one should not feel they are adopting any part of the Scientology religion when or if you recognize the wisdom of the precepts.

Anyone who says otherwise should be referred to precept number seven - "Seek To Live With the Truth".

This booklet was put out in a number of different versions with different instructions for how to use it...like one for schools, one for business, one for Scientologists etc....but the main body of the precepts always stayed the same.

The following gives a description of the first two editions in 1981 and 1984. These two editions have footnotes which are mainly definitions of words. Both editions have a first page entitled "How to Use This Book". Both editions have a second page headed "Why I Gave You This Book" (which says only and on separate lines "Your survival is important to me"). The first (1981) edition is published by Regent house, Ltd, PO Box 29903, Los Angeles, CA 90029, and no printer mentioned. The 1984/5 issue is published by New Era Publications in Denmark, and is printed by Special Trykkeriet Viborg.

The 1981 edition is printed with blue ink, has a logo/monogram consisting of a path with a yellow sun in the horizon at the end of the path. This appears on the front cover and with each main precept. The front cover is as in the version this page links to. Both editions have at the bottom of the front page two lines, "two" and "from" with lines to fill in a name.

Both the 1981 and the 1984 edition have a page entitled How to Use This Book as follows:
"You, of course, wish to help your contacts and friends.
"Choose someone whose actions, however remotely, may influence your own survival.
"Write the person's name on the top line of the front cover.
"Write or stamp your own name, as an individual, on the second line of the cover.
"Present the person with the book.
"Ask the person to read it.
"You will find that he or she also is threatened with the possible misconduct of others.
"Give the person several additional copies of this book but do not write your name on them: let the other person write his or hers. Have the person present these copies to others that are involved in his or her life.
"By continuing to do this you will greatly enhance your own survival potential and theirs.
"This is a way towards a much safer and happier life for you and others."

There are some photographs from the first two editions at: http://scientolipedia.org/info/Two_Happiness_Rundowns .

Note:- the sections below need to be finished so when people come to this page they can quickly see the precepts as a reminder, or if being viewed for the first time, as an introduction to this very useful guide to better and happier living.

People who take drugs do not always see the real world in front of them. They are not really there. On a highway, in casual contact, in a home, they can be very dangerous to you. People mistakenly believe they “feel better” or “act better” or are “only happy” when on drugs. This is just another delusion. Sooner or later the drugs will destroy them physically. Discourage people from taking drugs. When they are doing so, encourage them to seek help in getting off them.

People who take alcohol are not alert. It impairs their ability to react even when it seems to them they are more alert because of it. Alcohol has some medicinal value. It can be grossly overestimated. Don’t let anyone who has been drinking drive you in a car or fly you in a plane. Drinking can take lives in more ways than one. A little liquor goes a long way; don’t let too much of it wind up in unhappiness or death. Deter6 people from excessive drinking.

Observing the points above, one becomes more physically able to enjoy life

There are many people one influences.
The influence’s can be good or bad. If one conducts his life to keep these recommendations, one is setting a good example.
Others around one cannot help but be influenced by this, no matter what they say.
Anyone trying to discourage you is trying to do so because they factually mean you harm or are seeking to serve their own ends. Down deep, they will respect you.
Your own survival chances will be bettered in the long run since others, influenced, will become less of a threat. There are other benefits.
Don’t discount the effect you can achieve on others simply by mentioning these things and setting a good example in your own right.

The way to happiness requires that one set a good example for others.

Seek to Live With The Truth[edit | edit source]

Two Scientology auditing rundowns were based on the contents of The Way to Happiness and there is data on this on the following Scientolipedia page: [1]