Plant:"A person or thing put into place in order to mislead or function secretly, especially:"

a. A person placed in a group of spectators to influence behavior.
b. A person stationed in a given location as a spy or observer." thefreedictionary.com

I decided to say out loud what a number of people have observed privately and are hesitant to suggest openly.

Scientology is riddled with Plants and has been for decades.

In the 50's L Ron Hubbard was monitored and attempts were made to slow him down.

By the 60's his organization had grown to a point where longshoremen goons were sent into DC org to intimidate and threaten.[1] Tax, intelligence and police agencies around the world were used to spread false information, intimidate and suppress the organization.

The seventies' CIA funded experiments in Remote Viewing with a few OT's resulted in not only proving scientifically that paranormal abilities existed but that they could be developed and created in abundance by Scientology.[2]

This scared the crap out of the power elite and their stooges in intelligence agencies and prompted them to accelerate plans to insert agents within the organization.

We know of several plants in the GO and the SO. There are undoubtedly many more than we know about.

Many believe it is the height of naivete to think the takeover of the church and installation of the puppet Miscavige was anything other than a secret government operation that runs to this day.

The Field operations of these Plants include:

A. Fomenting hatred for the Tech and LRH

see Ex Scientologist Message Board, Tony Ortega's blog and other such which any google search will quickly bring you to. These sites are riddled with OSA stooges and provocateurs whose intent is to a.) "spin in" the readers and frequenters by exposing them to upper level processes and information thereby leaving them in a state of electrification and/or despair at any workability of the subject b.) foment rabid anti LRH and anti Scientology hate speech so as to repel any potential defectors from the church through sheer revulsion c.) cloak religious hate in the mantel of respectable whistle-blowing actions and open the floodgates for any and all malcontents to spread their venom via blogs, news media and other channels.

B. Sowing discord amongst individuals so as to keep any organization and collaboration from occurring.

These are standard "third party" actions by plants and have successfully alienated many prominent field personalities from each other.

C. To hijack the basic purpose of Scientology Field actions. i.e. focus the primary activity and attention on attacking the church and Miscavige rather than delivery and dissemination.

Here's an example of how the field was hijacked:

"An Independent Scientologist is a Scientologist who PUBLICALLY condemns the criminality and corruption of David Miscavige and his supporters. One has to actually DO something to PUBLICALLY expose the conspiracy within the CoS to ruin lives for the sake of money and power."[3]...and..."If one refuses to do that, then naturally in the public eye one still retains the color of an enemy. No one is going to trust you and you will be viewed at best as a coward. Why? Because you are condoning the violation of human rights."[3]

The above is pure nonsense but was the dominant viewpoint from 20009 up until the past year (2013/2014) and illustrates how fanatics came to dominate the focus of attention of the field away from disseminating and delivering Scientology. The actions either of active plants or their "useful idiot" stooges carrying out their agenda.

Myself and the Scientolipedia project have been shunned, fair-gamed, third-partied and covertly undermined by Plants and their agents who are intent on carrying out the negative Field operations mentioned above. We took a stand against the vitriol laden field activities of the so-called "leaders" (plants) of the 'indie' field and have paid a price for it. Unfortunately for them however, the power of our positive message and superior web platform and social marketing skills have allowed us to become the number one destination for truthful information about the subject of Scientology.

Anyone else who dared criticize or question the shift of field purpose away from delivering and disseminating found themselves shouted down, shunned, ghosted, 3-P'd and fair-gamed as well. 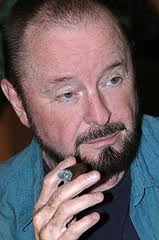 One might ask - why would any government agency bother expending resources to disrupt such a relatively small and seemingly insignificant church organization?

It does not make any sense unless the above assertion regarding Scientology's ability to create individuals with paranormal abilities were true. If that's not true, then most of this article is pure fantasy or blown-out-of-proportion, run-of-the-mill human nature type strife that can be found in abundance on this planet in many organizations or movements.

If you don't think it's at least a possibly plausible theory, then you haven't been paying attention to things like the NSA spying scandal or the history of Remote Viewing experiments.

You are free to chalk this up as paranoia or fantasy on my part if you like.

But day by day and week by week I find more and more people coming to the same or similar conclusions and sharing them with me, or writing about it elsewhere.

Sometimes there really is someone chasing you. :-)

What do you think?

THIRD PARTY LAW, the law would seem to be: a third party must be present and unknown in every quarrel for a conflict to exist. (HCOB 26 Dec 68)

When a person is an avowed and knowing enemy of an individual, a group, project or org, a condition of enemy exists. (Modern Management Technology Defined (C) 1976).