The Problems of Work 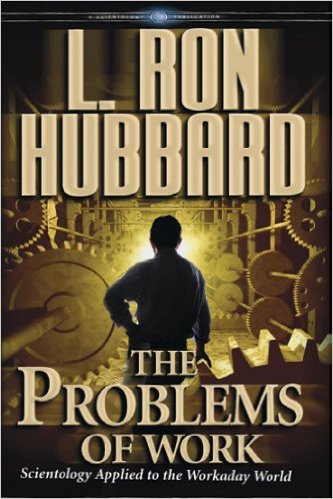 The first edition of this book was published in the USA in 1956/7 and was: "by L.Ron Hubbard, C.E., Ph.D." It was published by "Scientology Consultants to Industrial Efficiency" from a Washington, DC, address, the same as the Scientology org had at that time. It had a two-page introduction by "John Sanborn, D.Scn., editor, ABILITY magazine". (John Sanborn was a very well-known figure in the early days of Scientology and in the late 60s early 70s worked with Pubs Org, amongst other things he prepared Philadelphia Lectures and Scientology 0-8. On page ix of the first edition the following three paragraphs appear in block letters:

THIS BOOK IS THE ACME OF SIMPLICITY TO READ AND TO STUDY. TO PLACE IT IN FULL PRACTICE IS, HOWEVER, ANOTHER THING. THAT REQUIRES A FAR MORE EXTENSIVE COMMAND OF SCIENTOLOGY, THE SUBJECT FROM WHICH THIS BOOK CAME.
IF DIFFICULTIES ARE ENCOUNTERED IN PLACING THESE SIMPLE THINGS IN PRACTICE, READ:
SCIENTOLOGY: THE FUNDAMENTALS OF THOUGHT , BY L.RON HUBBARD. 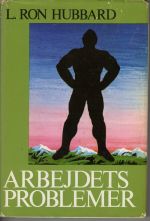 The following is an extract from Ability 38:

"Ready at the printers is a new book by L.Ron Hubbard, THE PROBLEMS OF WORK. This new book in the dollar series is something you will be hearing about especially from students in the Personnel [sic] Efficiency courses.
"This one is a special, and something very new in Scientology since it is a specific application of Scientology to a single area of human experience.
"Written on the Queen Elizabeth [famous transcontinental ocean liner] by Ron en route to England for the London Congress, the material is the result of half a year of research in the field, mainly in Dublin.
"Its processes and technology are modern."

In volume 2 of the old Red Volumes (page 563) is the following passage:

The Problems of Work is the first book which is a specific application of Scientology to a single area of human experience. Written by L.Ron Hubbard aboard the Queen Elizabeth en route to England for the October 1956 London Congress, the material is the result of research in the field, mainly in Dublin. It is addressed to the doer, rather than the intellectual.

The second picture on the right was assigned to The Problems of Work around 1970 when Scientology books had on their front a picture which was supposedly taken from the whole track and designed to influence people. There was a different picture for each book, chosen by Ron, and the artist for these pictures was Richard Gorman, a Pubs Org staff member, and you can see examples of them at the following link [[1]] .

You can download and then see a PDF of the first edition of Problems of Work at the following link [[2]]. Move down to "The Problems of Work, First Edition 1956" and click on it. Being a large file (including a picture of every page) it may take some time to download to your computer.

Use these Links to Amazon and Ebay to Get the Lowest Price on Scientology Materials.

Colloquial name for "The Technical Bulletins of Dianetics and Scientology", which contained the majority of HCO Bulletins and also some other written technical material.

The whole track is the moment to moment record of a person's existence in this universe in picture and impression form. (HCOB 9 Feb 66)