NOTE: Offshoots are considered something OTHER than Scientology, as they were not developed by L. Ron Hubbard, and they have never been practiced in any Scientology Church.

They offer various levels of personal development which are loosely related to the Scientology levels.

The Florida Department of Health investigated the academic credentials of Harry Palmer in 2005/2006. The Department found that he used the term "psychologist" illegally and made him sign a cease-and-desist agreement.

The biography on Palmer's website at this time calls him a "lifelong educator" though he was only a teacher between 1969 and 1972, which is consistent with previous biographies published by his company."[1]

See the reference below. [2]

In 1981 when all went so wrong and David Miscavige began the take over of the church – with the help of some intelligence or IRS or whatever organizations – Captain Bill left the church. First he wanted to establish a Freezone in California and US in general but got no support.

He came to Europe where he got enough people and established the Freezone and Ron's Org. By the way, Ron's Org stands for Ron's Organization and Network for Standard technology (note the capital letters.)

Excalibur is part of the upper bridge as delivered in RO's today. 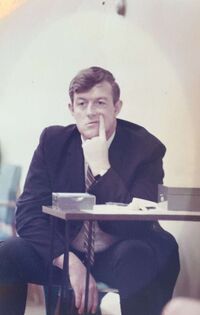 Alan Walter's developments after leaving Scientology as one the the highest trained persons it ever produced.[5] Roger Boswarva set up the http://knowledgism-practice-group.org where all of the Knowledgism materials developed by Alan and him are available.

Justin legally changed his name to Lafayette Hubbard and close associates call him "Ron" because he claims to be the returned or reincarnated L Ron Hubbard.

Brian Cox interviewed him in April 2018 so people could see him for themselves and make their own determination about his credibility.
In 2019 Brian posted a response to Justin's statements about physics and physical laws. here 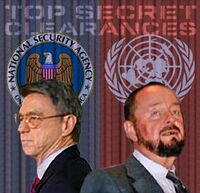 "Remote Viewing" is a term coined by Scientologist and OT VII Ingo Swann who, along with another OT VII Hal Puthoff created the first Remote Viewing experiments at Stanford Research Institute.

The original research proved conclusively that L Ron Hubbard's discoveries and methodologies, as delivered by the "Church" of Scientology at the time, were capable of developing and extending human capabilities into the realm of what is commonly considered "paranormal". 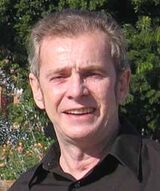 Self Clearing by The Pilot put forth by Ken Ogger (The "Pilot") "has many procedures based on Scientology theory for 'do it yourself' improving of a persons condition and abilities."[6]

"In 1978 Dennis Stephens developed a self help therapy for mental healing. That technique was published in the public domain in his book "The Resolution of Mind" also known as TROM."[7]

The corporation the owns and controls Scientology Orgs. (HCO PL 9 Mar 72I)