NOTE: This article discusses an offshoot. Offshoots are considered something OTHER than Scientology, as they were not developed by L. Ron Hubbard, and they have never been practiced in any Scientology Church.

"Complete Your Bridge" is a servíce for Scientologists who keep working at their case, independent from the pressures and regulations in their former church. Specifically it deals with Actual GPMs, the part of the case that Ron Hubbard saw as its core. We use DEEP Character Clearing (DCC), a new type of processing, for the handling of GPMs. We are also organizing the auditor training necessary to run this new technology.

WHAT'S NEW IN DEEP CHARACTER CLEARING? The Bridge as it exists today does not address identities directly. There is power and destiny locked up in identities and much of it is counter-productive or reactive. DEEP Character Clearing fills in that hole and expands the Bridge upwards.

DEVELOPMENT HISTORY: We researched the 1960'ies tech that Ron Hubbard called GPM tech, and also a type of processing called Effort processing, that never was fully written up but shortly in use in 1951-52. By redeveloping and refining Effort processing, that had become a truly lost tech, and applying it to identities as we found them in the abandoned GPM tech, we have brought about a fantastic technical breakthrough that opens the door to new levels of OT.

Ron said that the GPM CASE WAS AT THE CORE OF THE BANK, and that the handling of one central identity and its opponent in a GPM (meaning one polarity in a bigger pattern) would equal the handling of thousands of engrams. DEEP Character Clearing is the tech that handles dozens of such identities fully and straightens out and cleans up the reactive games played by these dramatizing or beaten down players.

You can indeed have your own case and core problems addressed after Clear. And you can fully release the charge and trapped life energy from the goals and identities found. The DEEP techniques are unique here. They are a new development based on studies, tests and refinements of Ron Hubbard's Effort processing. 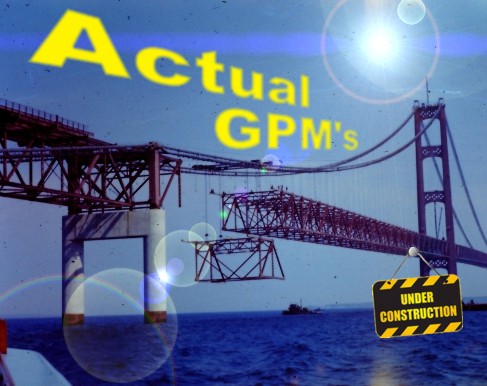 The central process used in Clearbird's GPM handling. DEEP stands for Decisions, Emotions, Energies and Polarities. The term "character" is used for the roles we have played throughout our many lifetimes, which by collisions, fights and clashes with opponents created the mental mass that is called a GPM. Definition coined by Clearbird, based on Chapter 2 of "A History of Man". Abbreviation: DCC.

Abbreviation for "DEEP Character Clearing". The central process used in Clearbird's GPM handling. DEEP stands for Decisions, Emotions, Energies and Polarities. The term "character" is used for the roles we have played throughout our many lifetimes, which by collisions, fights and clashes with opponents created the mental mass that is called a GPM. Definition coined by Clearbird, based on Chapter 2 of "A History of Man".