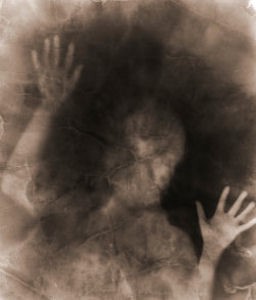 1. the goal has been balked for eons by opposing forces. The goal pointed one way, the opposing forces point exactly opposite and against it. If you took two fire hoses and pointed them at each other, their streams would not reach each other’s nozzles, but would splatter against one another in midair. If this splatter were to hang there, it would be a ball of messed up water. Call hose A the force the pc has used to execute his goal. Call hose B the force other dynamics have used to oppose that goal. Where these two forces have perpetually met, a mental mass is created. This is the picture of any problem-force opposing force with resultant mass. Where the pc’s goal meets constant opposition, you have in the reactive mind the resultant mass caused by the two forces- Goal=force of getting it done, Opposition=force opposing it getting done. This is the goal problem mass. (HCOB 20 Nov 61) 2. is fundamentally founded on a goal. They’re a conglomeration of identities which are counter-opposed, and these identities are hung up on the postulate-counter- postulate of a problem. (SH Spec 243, 6302C26) 3. constituted of items, beingnesses, that the person has been and has fought. (SH Spec 137, 6204C24) 4. the problem created by two or more opposing ideas which being opposed, balanced, and unresolved, make a mass. It’s a mental energy mass. (SH Spec 83, 6612C06) 5. items (valences) in opposition to one another. Any pair of these items, in opposition to each other, constitute a specific problem. (HCOB 23 Nov 62)

1. a portion of a person's mind which works on a totally stimulus-response basis, which is not under his volitional control, and which exerts force and the power of command over his awareness, purposes, thoughts, body and actions. Stored in the reactive mind are engrams, and here we find the single source of aberrations and psychosomatic ills. (Scn 0-8, p. 11)...MORE