Handling By-Passed Charge has developed from the early days into a very rigid structure. But it has a long history of development.

As long as there has been processing, there has been By-Passed Charge stirred up or caused by the processing. Prior to May 1963 there was very little published data about by-passed charge. Yet most of the great old-time processors knew how to handle it.

Each of these processors were masters of processing the client in front of them. They knew their Axioms down cold.

The simple fact is each of these master processors knew and owned these two data.

“In the presence of truth, charge and mass dissipates.”

“In the presence of lies charge builds up, slowly compacting until it becomes a mass.”

To process a client 200 or 300 hours on a process required that the truth be constantly found, otherwise the process would build up charge and mass that would overwhelm the client, burying her/him in bypassed charge and mass. This is what happens when you run a false life program. The charge and mass builds up and forces you out of position.

You must realize this style of processing was in use long before Ethics, Correction lists, Good and Bad Indicators, and F/N’s.

The indicator that all these old timers used was the Tone Scale. The basic target for their clients was to raise their tone level. This spanned the years from 1950 to 1965.

The introduction of Ethics as a way to handle cases with heavy By-Passed Charge, was a gross violation of the use of indicators and truth. The tone scale as an indicator was abandoned. Only the squirrels and SP’s use this Tech. now!

Information in those days was mainly word of mouth. We shared what worked, we collaborated amongst one another to pass on any tech breakthroughs or successful actions. (It was a pre-labelling era.) Ron was usually informed of any successful actions. He would almost always acknowledge the source of the contributions. These acknowledgements have been omitted from the bulletins over the years.

The development of By-Passed Charge Handling was a huge breakthrough, it had its heydays in 1965-66. Ethics hits gradually made it very dangerous to practice. A few bold people would use it anyway, but they were too noticeable and became Ethics bait.

The sequence of By-Passed Charge Handling is:

Observe
Notice the non-optimum condition or indicators
Name it
Search
Find the area of charge
Signify it to the client
Verify that it is the correct signified indication by observing the upscaling of indicators.

The masterful By-Passed Charge handler must be willing to evaluate to the client what they observed. (If the evaluation is a correct indication, then it really is not an evaluation. The improvement in the clients indicators lets you know how correct you are.)

The masterful By-Passed Charge handler must be willing to invalidate what the client believes to be true. (Again, if the invalidation is a correct indication, then it really is not an invalidation. The improvement in the clients indicators lets you know how correct you are.)

The masterful By-Passed Charge handler must be willing to admit immediately to the client what they observed is incorrect if the client’s indicators decline.

The masterful By-Passed Charge handler must be able to maintain a much greater position outside of the clients psychic box. In other words maintain the bigger concept. 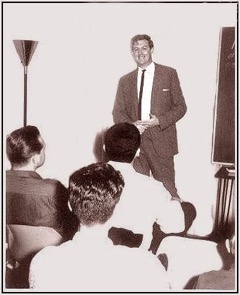 You must understand this: By-Passed Charge Handling Tech has been made to be very dangerous for processors. There is also a lot of By-Passed Charge and invalidation on the subject. This Tech does not do well in a dangerous environment. It takes a safe environment to gain the confidence of processors to originate correct items and indications of charge.

Yet this is the Tech that will recover your dreams, goals, visions and plans for the future. Too much By-Passed Charge and the charge begins to compact and become mass, which collapses your universe, the collapsed universe crushes your operating space, thus you are forced out of position, this inhibits your ability to flow power to your 3-dimensional holographic dreams, goals and visions and they get starved of space, time, energy and resources.

1. mental energy or mass that has been restimulated in some way in an individual, and that is either partially or wholly unknown to that individual and so is capable of affecting him adversely. (Scn AD...MORE