Travers Harris discusses the relationship between Scientology and Quantum theory of existence.

The Scientist, Amit Goswami, has written a paper entitled Quantum Psychology[2] which he states will integrate all of Psychology and most of psychotherapy. However he states that the old breed of Psych’s will not change to the new discipline that he is creating due to vested interests but lay people will. He also says that in maybe a few decades from now the younger breed of psych will take over and use the new paradigm based on spirituality and leave the old. Although he has written this paper he is still working on the project which will give further insight into this new scientific approach.

This new approach will endanger the Official Scientology movement in the society as there is no place in spirituality for harsh discipline such as holes, prisons or other harsh ethics disciplines, so we will maybe see the “church” start to decay and die unless they drastically change their operating basis.

Society will begin to see DMs Scientology as part of those movements on the fringe of lunacy and give it a wide berth. For those interested in the paper I refer to you can view it here.

What LRH wrote and his development and creation of the subject of auditing can never be underestimated and will live on for years to come. But we live in an ever changing world and the new science promises a New World Paradigm, a New Mindset that will change the world forever, undoubtedly. David Miscavige as the official leader of the Church of Scientology is destroying the image of that movement and is turning it into a cult that the general public despise and avoid. In the LRH PR series, he wrote your public image is vital.

In the now obsolete Newtonian materialist science it entrenches separateness and difference amongst people and nations and has been in part causing wars around the world for thousands of years. Quantum physics changes all that and says we are all connected and if you hurt another you in actual fact hurt yourself. So DM is actually hurting himself. 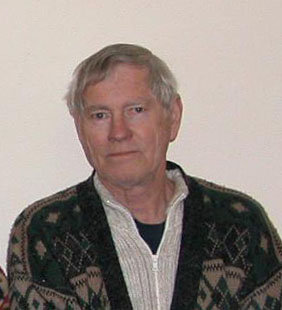 In the next 10 to 20 years the following subjects and disciplines will become obsolete and will be replaced by subjects based on the new physics: Politics, Newtonian Physics, Economics, Medical Science to name a few. See the clip: http://www.youtube.com/watch?v=gQbM4gYg6rA Quantum physics embraces virtually all areas of human activity as mentioned above and Scientologists could look at the paper just written by the scientist Goswami entitled “Quantum Psychology” and the developments to be developed by him. Particularly the articles “Health Healing and Quantum Physics” and “Quantum Psychology” which can be seen at this link

LRH wrote in the Data Series[3] that the Medical Profession was a program for healing on planet earth but it is a failed program. Goswami wrote that the medical profession will not embrace the new healing techniques for maybe 10 or 20 years. I think this leaves the door open for Auditors to expand their field and enter into the healing field as well.

LRH studied and embraced Eastern Philosophies early in his life and developed a science of the mind and knowledge of the human spirit from it together with his own studies and intuitions. There is no doubt that he would have embraced quantum physics if he were still around today. But he is not and I don’t think DM has the intelligence to do that. DM is embracing violence and degradation of some of his staff which he thinks will correct them. This may have been OK on the ship when LRH did it for short periods and we accepted it but it did not last for long. But then DM is not LRH. Throwing students overboard in Corfu for their mistakes could have been in part why the Greek Authorities kicked us out of the country as photographs of this were displayed by the local press and were not accepted in Greece in 1968.

I think there is much for Scientologists to learn from this new science and I think it should be embraced. The Independent field may wish to further their knowledge from Spiritual healing into physical healing as well embracing the subjects as mentioned above and in the process increase their income.

"AXIOM 1. LIFE IS BASICALLY A STATIC. - Definition: a Life Static has no mass, no motion, no wavelength, no location in space or in time. It has the ability to postulate and to perceive. [4]
The Factors - "Before the beginning was a Cause and the entire purpose of the Cause was the creation of effect. [5]