It began when I was living in Michigan in the spring of 1975 and I saw an ad in a magazine for ‘Fundamentals of Thought’. I sent for the book, loved it and sent for more books. Then began a phone reg cycle that led to a weekend trip to FCDC (Founding Church of Scientology, Washington D.C.) in May 75. At the time I was 30 years old and my life was going well. I had a good job, a new house, new corvette convertible, lots of friends, my family loved me and I had women knocking my door down (so, I exaggerate once in a while). Just ‘stuff’. I was bored. I needed adventure. Well, I sure got it. 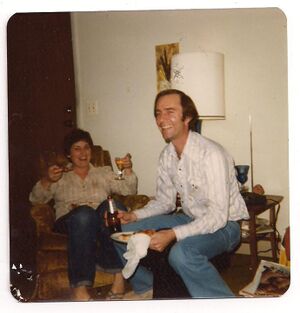 During my first weekend at FCDC I did intro course, Life repair (which didn’t take long) and I was blown away. I bought the bridge! I flew home, quit my job, put my house up for sale, ARC broke everyone, packed up the vette and was back at FCDC as a full time public by the end of the week. Wow, did I make things go right!

Initially, I was disappointed when I found out there were other Orgs and that LRH wasn’t at FCDC. I really wanted to meet him. Regardless, I burned the midnight oil at FCDC and had comp after comp. I became a Dianetic auditor and CS, did drug rundown, grades 1-4 (floating TAs) ARC straightwire, XDN and was a class four auditor and CS. My OCA’s were all redlined and my needle floated all the time. Life was good! I spent two days touring all the Missions in Connecticut with a mission holder I’d met. I was going to work for him for a while, then open my own missions in Mich. I wanted to bring Scientology to my family and friends. During this time the CO of FCDC, Greg Wilhere, was trying very hard to get me on staff. Sorry Greg. I was interning in the “ivory Tower’ as a CS when Sandy Wilhere (SO Rep) paid me nightly visits trying to get me to join the SO. How can you not love Sandy. She was persistent and found my buttons: ‘LRH needs your help. He’s setting up a hotel and needs you to help him.’ The help LRH button worked.

I signed a billion year contract and left the next day for the FOLO in New York. This was Nov. 75. I was then flown to Clearwater where the Fort Harrison was just purchased. I was assigned to the renos crew and was again disappointed as there was no sign of LRH. I did renos for a while and became friends with Marcus Swanson. We then were assigned to the security force and I was made HAS. I worked for Wayne Marple (great guy). I was then assigned as a security guard at the Duneden complex. Finally! LRH was there. I was blown away but very nervous. Please Steve don’t mess this up. Well, I did.

LRH was bigger than life. He went for a walk with a messenger about my second day on duty. The complex at Duneden was a long row of apartment buildings, mostly empty. The complex was at the very end. There was a two story building with apartments and garages where all the berthing and offices were and across from it was a one story building used for storage. Most of the other buildings were vacant. I was told to protect the complex. Well, when LRH went for his walk, I stayed around the complex. LRH walked with the messenger up to a recreation building, spent a little while, came back to the complex and looked a little upset. They went inside without as much as a nod.

Then the messenger came out and told me LRH was upset that I didn’t follow him out to the rec building. That’s when I first met my wonderful friend Lois Jory. She was so nice and we became friends. From then on I followed LRH like a shadow. The next day when he came out for his walk he asked my name and was very friendly. Over the next few months I became a fixture around there. I met everyone. Great group of OTs. LRH always stopped to talk on his walks. Life was good again. 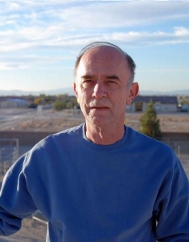 I hadn’t completed my bridge purchase at FCDC and needed money. Someone told me to petition Mary Sue for a refund, I did and got my money within a week. I always loved Mary Sue. She was a special lady. I then asked for a couple weeks leave to go back to FCDC to pick up my mest left there. While at FCDC I saw some old friends and was asked if I had met LRH and I said yes I was a security guard for him. I was very proud of that. While there I saw some people I recognized but couldn’t place. Upon arrival back at Duneden I sure found out who they were.

They were messengers Claire and David Rousseau, who apparently reported on me for out security. The G.O. assigned me to my first lower condition. I felt destroyed. But, I worked with the ethics officer and had my liability formula signed by all. LRH, Mary Sue, included. Wow! I didn’t know it at the time but I had gone back to FCDC just when LRH went to DC with Claire and David.

I then got on LRHs good side. We were being surveilled by the the Saint Petersburg Times wanting a story about LRH . I was on duty one day when I saw a car pull up by one of the empty buildings. A man got out of the car, saw me and went into the courtyard of a building and started walking through toward our complex. I headed him off and told him he was trespassing. He said he was from the SP Times and wanted to interview LRH. He was a nice guy so I told him I sure would like to meet him too, but this is a United Churches property and I’m here to protect their privacy. I watched him like a hawk till he left, then reported the incident to the G.O. LRH loved the story and I got my first very well done. What a kick! LRH left soon after and I went on warehouse duty in Tampa. Then came WHQ.

1. a person capable of resolving mental and physical problems by his ability to find and run engrams and secondaries. (HCOB 6 Apr.69) 2. a Dianetic auditor would use Dn to handle the lack of well-being of the pc. (HCOB 6 Apr 69 II) 3. one who has had case gain on Dn, and has been able to administer Dn so as to give case gains with it and that is what a Dianetic auditor is. It is not somebody who has been through the check sheets a large number of times or somebody who knows the Director of Certs and Awards. (6905C29)

1. a coined word, meaning matter, energy, space and time, the physical universe. All physical phenomena may be considered as energy operating in space and time. The movement of matter or energy in time is the measure of space. All things are mest except theta. (Abil 114-A) 2. the symbol for the physical universe in use hereafter is mest, from the first letters of the words matter, energy, space and time, or the Greek letter phi (ø). (HFP, p. 166) 3. simply a composite of energies and particles and spaces which are agreed upon and which are looked at. (PXL, p. 193) 4. a solid object, and the space and energy and so forth which comprise such solid objects. (PDC 12) 5. any or all arrangements of energy, of whatever kind, whether in fluid or object form, in space or spaces. (Dn 55!, p. 9)

Below non-existence there is the condition of liability. The being has ceased to be simply non-existent as a team member and has taken on the color of an enemy. (Modern Management Technology Defined (C) 1976).