During the period I was on the ship... 71-72, the standard ports of call were alternating stops in a 'triangle' of moving the ship from Portugal, south to Morocco, where we had 3 ports we stayed in. Tangiers at the northernmost end, and moving south were the ports of Safi, Agadir...and most interesting of all: Casablanca! Yes, I did have occasions to shop in the famous 'Casbah', and working at the Commodore's Chef, I had just about the most liberal permissions to come and go from the ship! The "ordinary" crew had to wait until, if lucky, they were granted 'libs', ("liberty" or a "day off" to you who may be the non-savvy to nautical terms!)

All I had to do was tell someone I "...was going shopping.." and I could get a taxi or take a ship's scooter into whatever town we were visiting, to check out the local shopping and it was a truly great freedom, that mostly I was too busy to really enjoy much! I think the one extensive time I took off with a few of the crew, (Beryl Salter from Las Vegas & Darlene Nagatani from Hawaii), was when our vendor in Madeira invited us all out to lunch and for a little tour of their small volcanic island! 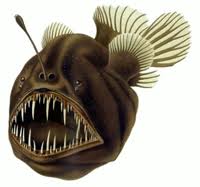 Jumping off from the port of Casablanca, the ship would make for the Portuguese islands and the port of Funchai, Madeira, made famous for it's locally produced Madeira wine! As I had lived in Brazil for some time when part of the US Peace Corps, I was already fluent in Portugese, so that made these ports even more attractive for me and I guess I was maybe the only person on the ship, fluent in the language!

Other interesting facts concern the volcanic origins of these islands, rising straight up and out in the middle of a very deep, (10,000' or so!) part of the Atlantic. As an offshoot to being in these very deep waters, the fish I would buy for LRH were sometimes rather bizarre looking varieties that have huge teeth, such as the 'angler fish'! Interestingly enuf, they were extremely delicious, but some of the Commodore's Messengers found their scary appearance a bit disconcerting! "WHAT are you feeding the Commodore?", one in fact asked me when she saw the scary looking fish!

Well, LRH & Mary Sue were both fond of sea food and it brings to mind one kinda funny story when I came back from shopping at one of the ports in Morocco and I told the head of the Household Unit (personnel charged exclusively with caring for the Hubbard Family. I will cover this fully in another post!), that I ....ran into someone selling a big lobster, but at around $25, I told her that I thought "....it was too expensive...!"

Well! I got a little "reality adjustment" there, because I was rather naively using my own sense of what was "too expensive"! I was reminded by Eva Anderson, that the "Commodore has plenty of money, so don't worry about it!" I didn't make that mistake again! I put together in fact, a few shipments of things required for Chinese cooking and in a week or so they would arrive from New York or even from Los Angeles. Nice quality steaks would come packed in dry ice even.

I made a contact with a supplier in one of the Moroccan ports who brought us Chinese snap peas and other very nice vegetables that were what you'd call "export quality". Basically, we tried to get the very best quality food for LRH & Mary Sue, but it simply was what you would expect to find in any of our American supermarkets.

I should also mention here that LRH, while he most usually was happy with his meal, he was not exactly the easiest person to please sometimes! If he didn't like something, he would let me know why and it might even come back! To assure he would always have a meal to his liking required that I prepare two entree's in fact!

LRH & Mary Sue never failed to make comments for every meal served. That was in fact my post 'statistic'! "Compliments VS complaints"! As a part of my records, I dutifully recorded EVERY meal served to them, with the exact comments they made, which were relayed to me verbatim by the 1/2 dozen or so messengers: Janis & Terri Gilham, Annie... etc. (I will note them all in another post!)

They were always a few of them posted in their chairs, at the bottom of the stairs, that led up to LRH's offices on what was, if I recall correctly, called the "A Deck". The memories are not so sharp after so many years!

I was also kept busy making a nice desert every day, because setting up the food service lines at EULO (European Liason Offices or "FOLO Europe"), one of the keys to my success was that I always tried to include a nice desert for the crew! I would make a homemade pie... a fancy cake, (and one that received LRH special note of his approval, was a chocolate "torte", or a cake of many layers!). But I always tried to have something of a treat after dinner and I received a significant number of "standing ovations" at EULO for many of them, usually initiated by Capt. Bill, who was always very lavish in his praise, declaring me to be in a "Condition of Power"!