Below is the obituary Janis Gillham Grady wrote in memory of Bill, which only those familiar with Scientology will really understand.

I have had the pleasure of knowing Bill for over 48 years.

Bill graduated from college in June 1968, and joined the U.S. Marine Corp. However, while he was in boot camp, he broke his back in a car accident, bringing a fast end to his Marine Corp career. While recovering from the broken back, Bill got into Scientology in Los Angeles and over the years trained to Class VI Auditor.

In November of 1970, Bill arrived on the ship Apollo, which was my home at that time. This was the point when I first met Bill. After Bill had bumped into L. Ron Hubbard (LRH) on the deck, Bill decided to join the Sea Org.

After completing his executive training on board the ship, Bill was sent to the Los Angeles Organization as the Commanding Officer with instructions to get the LA Org delivering Scientology and to expand it. However, though Bill did indeed greatly expand the LA Org on an immediate basis, I remember reports that arrived from the Guardian’s Office (to LRH) about Bill along with several other executives in the LA area, who were supposedly involved in “crush regging”, “postulate checks”, going to Samurai movies and having too much fun with pretend sword fights instead of working. Nothing really unusual for a group of young men in their early twenties who had dedicated their lives to “Clearing the planet”.

In December 1971, Bill was sent as part of a Command Team to Boston org to make it boom. After doing well in Boston, Bill returned to LA org and again began to greatly expand the org.

Later, Bill returned to the ship Apollo where he ended up working directly with LRH as one of the administrative executives for the ship organization. It was during this time that I got to know Bill a little better through my message runs to him from LRH. In 1974, he returned to the ship Apollo to join his wife at that time. Based upon some Guardian’s Office reports, Bill was briefly posted to the Rehabilitation Project Force (RPF) until he ran into LRH on deck. LRH was very surprised to see Bill on the ship and in the RPF, so LRH reprieved him at once (cancelled his RPF assignment). 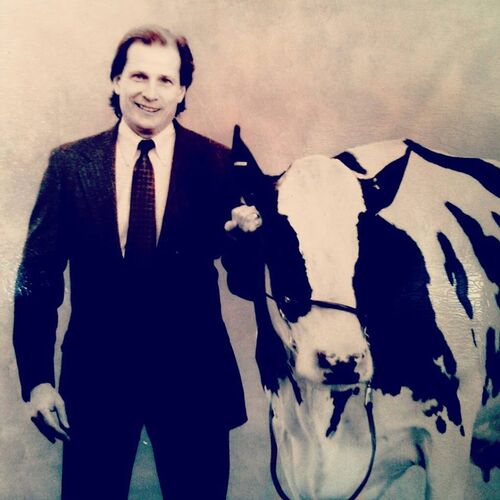 While on the ship, Bill courageously helped fend off some very upset locals who were rioting against us and throwing large rocks and stones at us and our ship while we were in Madeira. Bill even risked his own life to help get another crew member safely back aboard amid the riots. In 1975, while I was on a trouble shooting mission to Washington DC Org, my mission in charge and I, requested a new Executive Director (ED) to head up the DC org as we felt the existing ED was not making it. Bill was selected and he was sent to Washington, DC for us to put him on the job of Executive Director DC Org. Bill remained in DC for several years where he built one of the largest Scientology organizations internationally in his usual style. Bill was a very strong and determined executive; even later, Bill admits that there were some people who did not appreciate his determination and how he went about getting things done. For this, he has apologized to those he realized that he had offended. But as a Commodore’s Messenger and also as a Missionaire, I always knew I could depend on Bill to get any job done.

After the Apollo was closed down and everyone moved to the Flag Lang Base in Clearwater, Bill was called to Flag for “clean up”, where he was security checked by David Mayo for six weeks, until it was said he was a List One R/Ser (having evil purposes against things or people like LRH, Mary Sue, Scientology, etc). For this reason, he was sent to the RPF where he lived in a room with about sixty other men, sleeping on a mattress on the floor and working very long hours at hard labor for the next seven months. Still having the purpose and dedication to “clearing the planet” Bill pushed forward despite thoughts of wanting to leave the Sea Org and believing the general scene would improve and he would get back on top again.

Upon completion of the RPF, Bill did work his way back up the executive ladder again and was posted as the Commanding Officer of International Training Org (ITO). The work Bill did to build the ITO and train the outer orgs' executives resulted in LRH eventually appointing Bill to the highest administrative job in Scientology management: Executive Director International for life. As Executive Director International, he had become senior to the Guardian’s Office and he participated in the dismantling of the Guardian’s Office because of criminal actions of the GO which had been exposed by the FBI raid in June 1977.

As the Executive Director International, Bill saw many issues he did not support such as the monthly increase of Scientology service fees and rampant mismanagement of the Scientology Franchises (Missions). Bravely, Bill took it upon himself to try and correct these problems, but the reports which were sent to LRH about Bill’s activities were greatly misconstrued, which made Bill a target to be taken down. Not going quietly, Bill had the Missions Holders support but that didn’t hold up well when it came to standing up to David Miscavige (DM) and his thugs during DMs early steps to grabbing control and usurping the C of S. Attempts to reach LRH were, of course, stopped by DM who was monitoring the communication lines. So Bill was taken down...... but not without a huge and defiant fight! This was all some 36 years ago. Bill moved on, and left Scientology. He left to build a business empire of his own. He returned to his roots to marry his college sweetheart. Anne Preston and Bill were married 34 years and they raised two beautiful and successful daughters together.

Over the years since Bill left Scientology, he still felt a strong connection to many friends he made in Scientology, and he made it a point to visit and still hang out with them when possible. To his last day, it was the friends that Bill had made while in the Sea Org and whom he talked about and contacted to say his good byes. He said that he had never felt that same camaraderie with any other group of people in his life and that he will miss them all.

Please come join us on June 22, 2019 at the Bill Franks Memorial Reunion in Riverside California.

The org is commanded by the Commanding Officer (SO orgs). (HCO PL 7 Mar 72) Abbr. CO

The purpose of the Guardian is: to help LRH enforce and issue policy, to safeguard Scientology orgs, Scientologists and Scientology and to engage in long term promotion. (Modern Management Technology Defined (C) 1976).

The Rehabilitation Project Force has been created by the Commodore so that redemption can occur. (FO 3434) Abbr. RPF