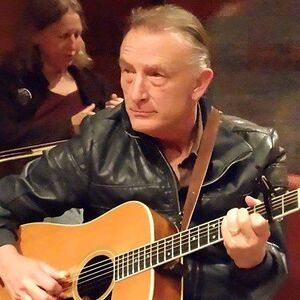 "Sadly, we all get older and there is a time when each of us will decide it is time to go. With that said, it is time to say good bye to someone many of us have known and loved – Amos Jessup who passed away today – March 14, 2019. 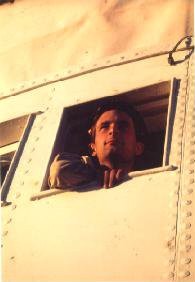 Amos Jessup aboard the Athena, Corfu, 1969 - see the biography of Yvonne Gillham Jentzsch 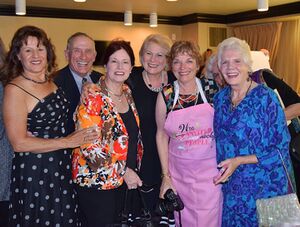 Amos with pals from the Sea Org

Amos with pals from the Sea Org

Amos had been sick recently, which I had announced about a month ago to many of his friends. It was thought that he was recovering as he was getting his motor skills back along with his speech, however, after a rough night last night, he was in a lot of pain, he refused to go to the ER and wanted to just remain in his living room chair. He seemed okay, so his son took the dog out for a short walk – only to find upon his return that Amos had moved on to a new world.


I first meet Amos when I was 11 years old on the Royal Scotman. As a Commodore’s Messenger I interacted with Amos many times during our Sea Org years together, when he was the Captain of the Avon River/Athena, later the Chief Officer and even Deputy Captain of the Apollo and again in 1975 when I did the mission to Toronto org and put him on post as the Executive Director. After being a successful executive for many years, Amos kept returning to the auditing chair, where he loved to help people by auditing them. Even after Amos left the Sea Org over 30 years ago, he continued to audit and help people.
Amos was one of those people that I and many of his old shipmates will greatly miss – at our reunions, he was always the one to arrive with his guitar in hand, ready for any song we could throw at him for everyone to join him in song. . He was well known to bring laughter and joy to the room with his fun-loving smile and joyful character. He cared about people and wanted to make them happy.
Only two years ago, Amos and Daly moved from San Diego to North Carolina and in that short a time period Amos made many dozens of new friends. Upon hearing the news of Amos’ passing a bunch of them showed up at his home yesterday and kept proposing locations for his memorial “party”. As they discussed it, each proposal would be shot down as not a bigger place (starting with his big back yard). On Sunday, a special memorial program about him will be aired on the local radio, where he was featured many times, with music and poetry.
Amos was also very helpful with my first two books about growing up in the Sea Org – he was a behind the scenes reminder of various things that occurred and always offered whatever help he could in editing and improving my books for which I will always be grateful. We will be missing Amos jamming on his guitar at the June 22 at the upcoming Burbank Reunion where instead we will remember and honor him along with our other big loss - Bill Franks."

Amos was born in New York City in 1945. At that time he had one older brother, Nate, and an older half-brother, John K Jessup, Junior. In 1949 his sister Rebecca was born, and in 1952 his sister Maria (pronounced Mariah) was born. Also in 1952 the family moved from Manhattan (East 83rd) to Wilton, CT. Amos got into Scientology in 1966 at Saint Hill while visiting his brother Nate, who was then on the original Briefing Course. Amos did the Solo Route to Clear, and immediately joined what was then the secret "Sea Project", soon re-named the Sea Org. Amos was a talented and enthusiastic folk singer and guitarist, and he loved singing and playing from the time he was a young teenager until shortly before his death. Although he left the official Church of Scientology by the mid- to late 1980s, he never lost his belief in the workability of the technology, and he continued to audit private clients until he moved from his longtime home in San Diego to his final home in Hillsborough, NC. His half-brother John died in 2009. (His sister Rebecca also left the Church of Scientology in the mid-1980s; the other two Jessup siblings disconnected from Amos and Rebecca, and remained disconnected at the time of this writing.) Amos married Daly (nee Heinrichsen) in 1979. They had one son, Tucker. Amos is survived by his wife Daly, his son Tucker, his sister Rebecca, and many loving nieces and nephews, and thousands of loving friends from all stages of his life.