The Freedom To Help Others

A discussion about the origins of free practice of Scientology outside the Corporate Church [1] and the early dissenters to the Orthodox Church's methods and management, lead to the following article by an anonymous commenter named "Maria" [2] who disagreed with a premise that the early (1980's) dissenters dissolved due to "non-orthodox" or "squirrel" practices.

Below is her most excellent detail of how government and special interest powers in the United States worked to sabotage and dismantle self-help, holistic, chiropractic, alternative medicine, life-couching and all such activities to bring them under the control and regulation of psychological based agencies. - David LaCroix

I do not agree that “squirreling” is the “why” that the initial efforts of those who exited in large numbers circa 1982 did not result in healthy, growing organizations of the kind envisioned by LRH. There are several extremely intense factors in play during the time period:

This is during the time period that the AMA Committee on Quackery,[3] which began in 1964, relentlessly pursued its agenda to drum alternative health and holistic practices out of existence. Fortunately for us, and unfortunately for them, the Chiropractic field took the brunt of this activity and were finally able to get a judgment against the AMA for conspiracy and monopoly in 1987. It went to appeals and was upheld in 1990. During this evolution, alternative practitioners were AT RISK of being harassed, charged for practicing medicine without a license, and so on. It was really only after 1990 that there was any true public acceptance and freedom in the alternative health / holistic movement. 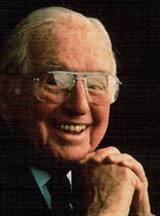 The American Association of Pastoral Counselors[4] was founded in 1963 as an organization which certifies Pastoral Counselors, accredits pastoral counseling centers, and approves training programs. From their website: “The integration of religion and psychology for psychotherapeutic purposes began in the 1930’s with the colaboration of Norman Vincent Peale,[5] a renowned minister, and Smiley Blanton, M.D., a psychiatrist, to form the American Foundation of Religion and Psychiatry, now the Blanton-Peale Institute.” However, even though Peale was instrumental in forging this idea, he was drummed into the ground by APA members. By 1963 he had been thoroughly discredited and if you read the criticisms leveled against him, you will find that they are chillingly similar to the propaganda leveled against Scientology. From what I have been to research, an ongoing strategy of the APA is to attempt to re-designate all forms of spiritual counseling as a form of psychotherapy, which should be licensed under their purview.

The emergence of the Internet (circa 1994-96) really nailed them, with the extremely anti-Scientology websites coming online, and the Church engaging in strategies that did not work and worse, opened Scientology to even more extreme criticism for censorship and militancy. Scientology’s PR image and repute has been systematically damaged and the extreme actions and abusive behaviors of the C of S only served to aggravate the situation.

As it stands now, unless Independent Scientology take care to steer clear from any form of diagnosis of physical or mental health and get themselves set up as religious entities, they are not only at risk from the C of S, they are also at risk from regulations governing health care practitioners.

What is amazing is that ANY people from the earlier time period continued to practice at all for any length of time. Betrayed by their Church, betrayed by their government, and smeared beyond all reason by the Church and by the media and on the Internet, there is little wonder that they could not make any headway.

Marty, I appreciate your efforts and the work you have been doing. I believe that without the earlier individuals that have backed up your efforts and contributed by commenting and linking and sending people to the information provided, this blog would never have gotten off the ground. I thank every person who has posted to this blog and made it a success.

And I thank the countless people who fought back and hard against the onslaught against alternative health, holistic methods, and spiritual practices however “squirrely” they may seem to others, otherwise we would not have the freedom to even offer auditing. And that does include the many Sea Org members who worked their heart and souls out to ensure that it would be possible at all for there to be spiritual practices such as auditing free from the restrictions of medical and psychological licensing and restrictions. 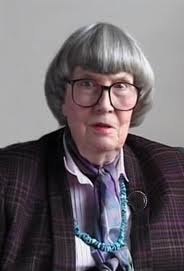 It has been an incredible, difficult and tough environment to work in, but I do believe that we are finally seeing the light of day — not just for Scientology, but for all of the spiritual and religious paths and practices that are the true hope of mankind.

I do believe that if the C of S had not fought back and hard at that time there would be no such thing as spiritual counseling, life coaching, and other alternative practices without State licensing requiring medical, psychiatric or psychology training.

As far as I can tell, this effort has continued as an effort to denounce many such activities as fraudulent and unscientific methods, veiled hypnotism and brainwashing methods. The Talk article on Wikipedia on the Norman Vincent Peale article delves into this operation, and its unsupported criticism based on the concept of cults and mind control, a basis denounced by the APA itself in 1994. It had been spearheaded by Dr. Margaret Singer,[6] according to Wikipedia: “In the 1960s she began to study the nature of cults and mind control and served on the board of the American Family Foundation. She is the author of the book Cults in Our Midst. She gave expert testimony in several cult-related trials … In 1987, as head of the APA taskforce on Deceptive and Indirect Techniques of Persuasion and Control for the American Psychological Association, Singer oversaw the production of a report that was later rejected by the APA’s Board of Social and Ethical Responsibility for Psychology. Thereafter, Singer’s expert testimony in four subsequent cases was not accepted. In 1992 she sued the APA for ‘defamation, frauds, aiding and abetting and conspiracy’, but in 1994 she lost.”

The important thing to understand about all this, from a viewpoint of a Scientologist attempting to function in mainstream society, is that the operating climate has been downright inimical to independent religious practice, especially with the constant onslaught against new religious movements and alternative methods. It has only been in the last 10 years that the operating climate has become favorable to spiritual and holistic movements and this is directly traceable to the rise of the WWW starting in the late 90s, rapidly growing in influence with the proliferation of sites like WordPress and Blogspot, (both launched in 2003) which made it possible for non-tech savvy individuals to voice their concepts and ideas.