Scientology Social Reform Groups, "Front Groups" according to its detractors, are various organizations and initiatives which were established for the purpose of utilizing L Ron Hubbard's methodologies for various needs of society which were outside the direct sphere of the Scientology religious organizations.

All originally had the purpose of providing solutions for societal problems which lay beyond the borders of the church and were seen as a means to export Scientology's unique knowledge and understanding of the human condition into the broader society in a beneficial way. They were mainly viewed as secular and independent activities from the "church" even though church management often launched and maintained operational control and guidance. These groups also provided public relations and economic value to the church. (celebrity endorsements, royalties/licensing fees, new parishioners donating for church services etc.)

Unfortunately, as the corruption within church management spread over the course of several decades, these "social reform" groups became increasingly more and more corrupted as well - and their potential for laudable and valuable contributions to society were reduced and nullified significantly. 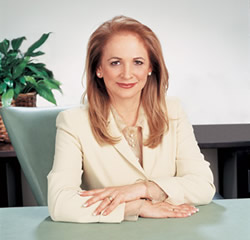 Association for Better Living and Education is the umbrella organization for the Church of Scientology's answers for the "four ruins" of society - Drugs (Narconon), Illiteracy (Applied Scholastics), Declining Moral Values (The Way To Happiness), Criminality (Criminon).

Mission: "ABLE's mission is to rid the world of its most devastating social ills—drugs, crime, illiteracy and immorality—through the social betterment methods and principles of author and humanitarian L. Ron Hubbard." [1]

Rena Weinberg (nominal President of ABLE Int has been disappeared by the organization for a number of years) is a South African who was very effective at administrating the diverse Social Reform efforts of the church but who must have run afoul of David Miscavige at some point to earn herself a banishment to the gulag at Scientology's International Base in California.

These social reform groups could and should serve a much-needed function of offering workable programs for the areas they address.

At one time they did.

Today, they have been neutered by association with the toxic "bad PR" associated with the "Church" of Scientology. This is unfortunate because they are, each one, a very worthwhile program if left unfettered by the psychotic and schizophrenic oversight of the CoS.

"NARCONON’S MISSION is to provide an effective path for rehabilitation from drug abuse and to assist society in preventing the scourge of drugs worldwide.

Using the evidence-based, drug-free approach to rehabilitation developed by acclaimed author and humanitarian L. Ron Hubbard, Narconon centers help those enslaved by drugs and alcohol to build new lives filled with purpose and productivity. Our graduates return to their families and communities drug-free and in control of their lives.

The Way To Happiness[edit | edit source]

"The Citizens Commission on Human Rights (CCHR) is a nonprofit mental health watchdog, responsible for helping to enact more than 150 laws protecting individuals from abusive or coercive practices. CCHR has long fought to restore basic inalienable human rights to the field of mental health, including, but not limited to, full informed consent regarding the medical legitimacy of psychiatric diagnosis, the risks of psychiatric treatments, the right to all available medical alternatives and the right to refuse any treatment considered harmful."[3]

World Institute of Scientology Enterprises (WISE)[4] is not actually a "social reform" activity -- unless you consider helping make businesses run better and be more profitable "social reform" -- but is listed here because of its important role in sustaining the Church of Scientology's finances.

It is THE primary feeder line or "funnel" of income to the church.

WISE consulting organizations recruit affluent small businesses such as doctors offices, dentists, chiropractors, veterinarians, physical therapists, auto mechanic shops and other vertical industries. Part of the programs offered by these consultancies are Scientology based training courses plus heavy pressure on the owners to "handle" their personal problems/issues by signing up for Scientology auditing.

For decades this scheme has produced thousands of new recruits for the church and hundreds of millions of dollars in "donations".

It is perhaps the number one reason the church has been able to amass its war-chest fortune and be able to withstand the unprecedented onslaught of bad publicity and legal attacks.

note: we've received reports of some WISE Consultants refusing to allow their clients be contacted or introduced to Scientology services due to the toxic public relations environment and backlash those activities are generating. 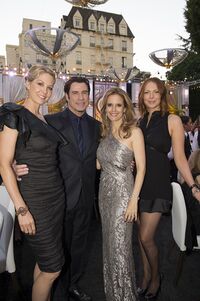