In 1979 I asked LRH his opinion of an observation I had made. Ten days later I surfaced from the resulting training order that he wrote for me. My life had changed forever. His instruction actually sounded the bell on my arrival as a Scientologist in this universe. 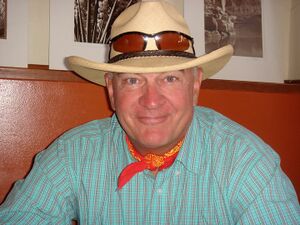 Ron had me extensively word clear the transcript of a lecture he delivered in the 50’s called “What is Scientology.” An edited version of this lecture was later included in the Professional TR’s course (“Scientology and Effective Knowledge”), and I am sure this occurred because of the effect it had on me after this instruct.

Ron was masterful, as usual, in his estimation of the effort it would take to get the message through the granite shell that described my know-best attitude. He instructed me to listen to the lecture three times, and on the third time I finally got it:

“Those things I tell you are true are not true because I tell you they are true, and if anything I tell you, or have ever told you, is shown to differ from the individual observation – be it a good observation – then it isn’t true. It doesn’t matter whether I said it was true or not! Do you understand?”

The dam broke. I realized that I had stopped looking for myself and was just waiting until Ron – or somebody – told me what I was supposed to see. I was not causing my own education, but “waiting for instructions.”

It was a relief and pleasure to come off the self-invalidation of my own ability to observe, to discharge any and all vias from my comm line to what I was observing, and to re-engage with my Code of Honor in a new unit of time as more than just an interesting thing to read, but as the primary tool by which I would accomplish my own salvation.

I realized that day that the road to freedom is not Scientology, but one’s correct duplication and application of Scientology. This requires a tenacious grip on one’s Code of Honor.

It’s a good motto: “Yea, though I walk through the valley of the shadow of ‘know-bests,’ I will fear no evil, for I am keeping my wits about me and cleaving well to my own Code of Honor!”

Telling you this story is inspired by the fact I got an e-mail this morning from a stranger that said, concerning another stranger, “Please delete _________ from your Linked – In. She is spreading entheta about our church.”

“Who are you, and where is your evidence, and what policy are you operating on? It is more chilling to me that you are monitoring my comm lines than what might be on them.

“What perspective do you have that gives you the credentials to adjudicate who I should and should not have on my comm lines, or that the information that is on them is valid or invalid? Have you a mirror on your wall that presents you with who is the fairest of them all, or is someone in your ear telling you what your truth is and you, being a good Samaritan, hurry to share this viewpoint with me?

“Was Paul Revere spreading entheta when he warned of the British invasion? The British might have thought so, but the growing band of patriots that became the United States of America did not. Was this person telling the truth about a subject that was, itself, entheta and needed to be revealed? This would put a different color of paint on it. Or maybe she is just psychotic – but these are MY comm lines and I have sovereignty over them and the right to decide for myself.

“Please forgive my questions, but if I jumped at every request to submit for a cavity search I’d be a bowlegged character in Orwell’s “1984.” Your request, on its own, is the definition of entheta as it implies my incompetence – and a more sinister supervision by some Big Brother, “Homeland Security” or some other similar dramatization.

‘As you have taken on the hat of telling me with whom I can and cannot communicate, please provide me the above facts and the credentials you bring to the table.

“Thank you for what I assume are good intentions on your part. Your response, or lack of one, will speak volumes.”

His response, to his credit, was an apology, and his comm was completely based on hearsay.

Finally, because this is not the first time I have received mail like this in recent months, LRH had a basic policy on his SO #1 line: “All mail that is addressed to me shall be received by me.”

I think that is an excellent policy, and when I start getting so much mail that the volume knocks my correspondent hat off, I will do as LRH did and hat other people to handle this comm as I would handle it: with respect and openness and an intention to arrive at a higher point of ARC. And I will cut comm with what I see for myself is entheta, as I trust the training I have had in the PTS tech.

But I reserve the right to make that call for myself, and handle comm as I feel is appropriate.

LRH may no longer be with us physically, but his example lives on in his materials.

We should all heed these materials well, and particularly in these times. If it’s not true for you, according to your own observation, it’s not true. 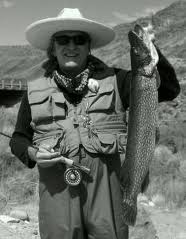 1. means enturbulated theta (thought or life); especially refers to communications, which, based on lies and confusions, are slanderous, choppy or destructive in an attempt to overwhelm or suppress a person or group. (Scn AD) 2. theta which has been confused and chaotically mixed with the material universe and which will lie in this confusion until death or some other process disenturbulates it. Theta, below 2.0 on the tone scale, we call entheta. (SOS, p. 41) 3. anger, sarcasm, despair, slyly destructive suggestions. (HTLTAE, p. 88)

1. to repeat in action what has happened to one in experience. That’s a basic definition of it, but much more important, it’s a replay now of something that happened then. It’s being replayed out of its time and period. (SH Spec 72, 6607C28)...more