LRH as I Knew Him 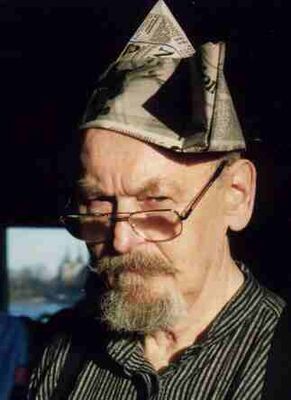 I made a 16 mm animated film about Affinity, the plan was, that I should make several small films, a long series starting with Affinity, Reality, Communication and Understanding, then a series of films about TR's, all films were to give basic education in Scientology. At that time I also made animated titles for the Clearing Course Films, which some of you were shown while you were doing the Clearing Course.

I did not manage to do very much in the film department, because at that time I was a confused and mixed up person. I had no idea about who or what I was. This has later improved quite a lot, thanks to auditing and study of Scientology.

When Ron came back from Rhodesia, I managed to take a little bit of 16 mm film, he was received at Victoria Station in London, and later same day, when he came out, and said Hello to the crowd, that had collected in front of the Manor House, I took a whole roll of pictures of him. When I sent them to him by putting them into his In-basket, he sent me a note asking, what kind of lens I had been using. I informed him that it was a 54 mm lens. He then answered me saying, that he was not to be photographed with a 54 mm lens, be­ cause it gave a slight distortion to the portrait. A difference that my eyes were not able to distin­guish. So I kept all these dias to myself and they are sitting around somewhere. I don't know where they are now. 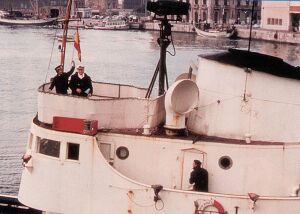 When the Sea Org started I went along on the first ship from Hull down to the Canary Islands, and there we were sitting on the slipway while the 'Avon River’, later called 'Athena', was con­verted and redone before we sailed into the Mediterranean.

While we, the crew, consisting only of people that newly had gone Clear, was helping rebuild and paint the ship, Ron came on board every day. He was living in a neighboring village in a rented house.

During that time I had the opportunity to exper­ience Ron in his personal relationship with Mary Sue.

I will put no interpretation of what I saw and heard, I will just tell it as well as I recall it.

Ron had ordered a certain white paint for his cabin, and when it was painted, he did not like it, so the paint was removed and the walls repainted, he did not like that either, it had a wrong smell, in fact he was very difficult to satisfy, and he had a great argument with Mary Sue about the paint, and was giving her a lot of rough language, and I was horrified by listening to the way he scolded her.

One day I was walking around feeling very low toned, I felt awful, and Ron met me as I came up from the tween decks. He said: 'What’s the matter Thok?’. I said: ’I don't know.’ Then he looked me straight into the eyes, and what he said, made the whole silly mess in my head go away and started me laughing and cogniting for a long time. He said: ’I should like to indicate, that it is something, that you don't know!’.

Another little interesting interlude: I was First Mate on the ship, having been promoted from Bosun, which was my job on the voyage down to Las Palmas. As First Mate I had to check the pur­chase orders for the material and the work that had to be done, and I had O K 'd a hood over the stove in the galley, without checking properly whether it would be the right thing. Later it turned out to be the wrong thing for the purpose.

I met Ron on the deck a few days later, he stopped me and said: ’It saved your neck, that I had put my OK on it too!’. And he laughed.

The thing that I at the time found most surprising and confusing about LRH as we called him then, was that he changed his mind about things so often. I did not understand then, that this is a very high ability. In fact it is one of the most powerful processes, if you can do it 'Whatever is bothering you, change your mind about it!’