LRH and the First Tech Film

L Ron Hubbard and the making of Scientology Tech Films. This article was written by Dan Koon originally for the freezone tech-info website. 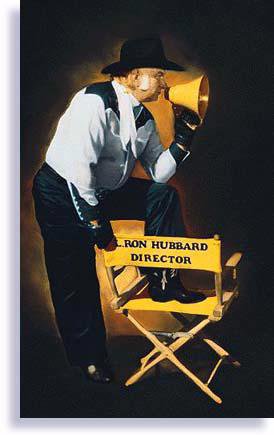 When he first announced the project to make training films for Academy students, LRH let us know that we would also be the actors in the films. The first shooting script was issued to the crew and we learned that it was called The Professional TR Course. There were about 30 scripts for tech films and he starts with the most fundamental of fundamentals, TRs.

We read the script and the story was, as many know, about a lousy field auditor who gets put through the wringer on a TRs course and is thus able to now get good results on his preclears. Believe it or not, the script did not read as a comedy, which the final product assuredly was. LRH just got the essentials down: the shot, the setting, the action, the characters and their dialogue.

We began discussing who should try out for which part. I was being pushed to try out for the lead character, Joseph Aaronberg Howard, and I wasn’t altogether sure whether this was meant to be a reflection of my past auditing, though I hadn’t really worked as a field auditor, just mission staff. But from some of my early TRs critiques it was pretty evident that I definitely could play the part of the bumbling Joe Howard. LRH set about to make sure I could play Joe Howard at the end of the film as well.

A few of us tried out for the lead role and I got the part. LRH sent me congratulations and began sending me despatches about what was expected, simply that this film was going to be the model of TRs for all Academy students in the world. Gee, is that all, Sir?

The auditors had resumed sending TR tapes back to LRH when he returned to the base at New Years and the responses were pretty good all around as I recall. I was auditing a couple of his messengers and would tape sessions and send them up for critiques. The replies were very helpful. LRH had a knack for zeroing in on the most major departure and commenting on that alone, which made it clear what you had to work on in cramming before your next submission. I was really proud when I received one tape back that was a pass. I think I was one of the first or maybe the first to get a pass.

Auditing a session was one thing and demonstrating TRs on film was another, however. One evening we assembled in the studio for some rehearsals. I was running through a scene and was playing it a little stiff, which is a kind self-assessment on my part. In reality, LRH must have thought he was trying to direct a pine log. He asked me what was going on and I said, truthfully, that I had a bit of attention on the camera. It wasn’t even a real camera or certainly one that didn’t have film in it. He handled my origination as evidenced by the fact that today I can’t remember exactly what he said and the rest of the rehearsal went fine.

The next morning Rich Cohen, the new Qual Sec came to me saying we were going to go in session. “What for?” I said. “I don’t need a session. I’m doing great.” 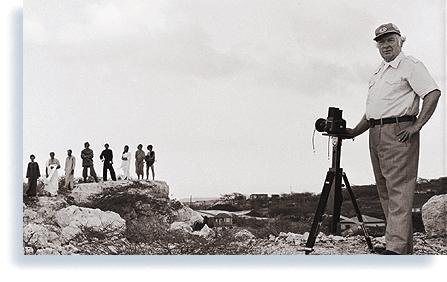 “You have an LRH C/S in your folder,” Rich replied, and off to session we went. LRH had C/Sed me to handle any engrams, etc., on the subject of cameras by running them out with Dianetics using good old R3R. Later that year, LRH issued the datum that someone who was Clear or OT should not be run on Dianetics. I feel fortunate that I made it under the wire because that session had the most immediate demonstrable effect on my case of any Dianetics I have received. Before that session I’d had no idea the devious uses a camera lens had. Guns, rays, lasers, all kinds of weapons can masquerade as a harmless camera. And I certainly had had my share of misadventures on all flows in that regard. Rich did a great job and from that day forward I’ve never had even a hint of camera shyness and certainly no attention whatsoever in front of a film camera. My unknowns regarding cameras got thoroughly handled in that single session. Clearly, LRH was going to use all the tools as his disposal to make a good film even if the lead actor can’t sit calmly in front of a firing squad–errrr, film camera.

The film was a do it yourself project all the way. The old date packing plant was the studio. Two large storage sheds served as the costumes and make up areas. The Estates carpenters became the sets and props fabricators and sets began to show up in the studio. The opening scenes show Joe doing his routine TR renditions on a series of his preclears. The sets for these shots were meant to contribute to the mood of the scene and LRH went over the top in pushing that notion. He found resources that talked about mood lines in works of art, architecture and design and he applied them heavily in dressing and lighting these sets. Everything, sets, props, costumes, make up and lighting pushed the mood of the scene being filmed. LRH wanted no mistake made that these were the bad TRs. Of course, as an auditor, these were immensely fun to do. Chewing gum, doping off, hammering the meter when it won’t work–it was fun to dramatize all the things that we as auditors do all the time in real sessions! (Just joking, people.)

I recall one scene where the preclear, Pam Daugherty, goes into a sad effect as a result of Joe’s utter lack of TR 2. At the end of the scene she slumps down in her chair and the meter leads slide off the table, paralleling the depressing mood of the shot. LRH had Waldo lying just out of frame with a string tied to the leads and he pulled them at just the right moment to make them fall off the table. (Well, after the third of fourth take he did.) As I said, LRH crammed everything into every shot to forward the message he was trying to communicate. 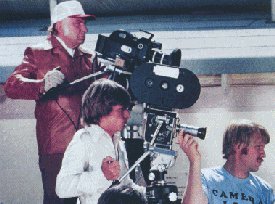 One day I was in the make up shed and in walked LRH and a couple of messengers. He was wearing his opera cape and had on his black stetson and looked really sharp and was in a great mood. He wanted to run me through my lines for an upcoming scene where I’m auditing a pc through an engram on her feet.

I went through my scene including the line, “Scan through to the end of the incident.”

LRH pulled out the script. “That’s not how the line goes in the script. It says here, ‘Move through to the end of the incident.”

“Yes, I know, Sir,” I back flashed, “but an actor has the right to vary his lines and Step C of R3R is ‘Scan through to the end of the incident.’ Every auditor in the world says it that way.”

I was merely being a good soldier and saving the embarrassment of a wrong command going out in one of the tech films. Of course, LRH saw this as not only a red flag but a red skyrocket the size of Titan missile.

“What?” LRH said. “Get me the Dianetics pack,” he said to a messenger who scurried off to Qual to find the pack. In a few minutes she was back and LRH opened it up to the Holy Grail of R3R procedure, BTB (I forget the date now) ROUTINE 3 REVISED, ENGRAM RUNNING BY CHAINS.

“I didn’t write this,” LRH said. “It’s wrong. If the pc just scans through the incident he won’t get enough charge off to unburden the chain.”

And that was the conception of New Era Dianetics, which would be born several months later in July of 1978. Undoubtedly, NED would have eventually made its way into the world, but it was undoubtedly hastened by my fortunately unfortunate remark that morning.

1. a mental image picture which is a recording of a time of physical pain and unconsciousness. It must by definition have impact or injury as part of its content. (HCOB 23 Apr 69) 2. a specialized kind of facsimile. This differs from other mental pictures because it contains, as part of its content, unconsciousness and physical pain. (Dn 55!, p. 12) 3. a complete recording, down to the last accurate detail, of every perception present in a moment of partial or full unconsciousness. (Scn 0-8, p. 11)...more