My sincere appreciation to those who created and support the FreeZone, and to my dear auditor, Glenn Samuels, who applies Scientology’s pure, original tech with expertise and kindness. 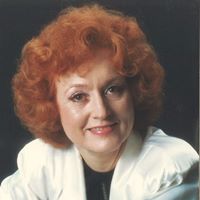 After a long absence, I returned to the CoS in L.A. and was run on all the Sec Checks, and numerous lists and actions, while being harassed for large donations by the IAS, of which I am a Patron with Honors. Before continuing up the Bridge at the CoS, I was C/S’d to read all of the Basic books by Ron Hubbard, from which I gained much knowledge and insight. But after all the auditing and preparation, I felt worse than when I had begun the program. The enturbulating affects of some of the incidents I was run on at the Church remained with me and I felt confusion and uncertainty. I knew I needed help, but from someone expertise in Scientology auditing and technology.

Through the Internet, I was introduced to Glenn Samuels of L.A. and I began a rehab program with him. Glenn immediately noticed the outness that had occurred during my auditing at the CoS and introduced the correct viewpoint, which cleared up so many things to my amazement. We also ran L-12, which brought more certainty and release from the influences of the ideas and suppressions of others. The changes I realized were subtle, but powerful over a broad area of life. It was clear to me that I wanted to continue up the Bridge from where I had originally left off.

Then we came to a point where Glenn asked me what I would like to pursue next and gave me some options. I knew I wanted to begin audited NOTS (OT V), and so we began.

Last Thursday, April 24, I attested to audited NOTS. I find that the space around me is more peaceful and I am able to perceive others with more understanding. And I am coming up with more useful solutions “handy hints” for projects around the house. All in all, I have experienced a feeling of contentment.

My next action is to continue the journey with solo NOTS after completing the solo auditing course with Glenn. With him as auditor and C/S, there is never a dull moment!—actually, I feel in the hands of an expert and good friend. My appreciation to him for all the wins I have achieved.

For more information about the auditor: Scientologists and Cancer

when the person was originally released he had become aware of something that caused the reactive mind to de-stimulate at that point or become weak. And so he released...More

The condition of being out. out: Things which should be there and aren't or should be done and aren't are said to be "out". (HCOB 19 Jun 71 III)