Origins of the Purif and Introspection Rundown

Karen de la Carriere told these stories to Lawrence Wright while he was researching his book "Going Clear"[1] and wants them told here at Scientolipedia to be part of the history as an example of what she witnessed to be LRH's deep level of caring for others while developing the technologies of Dianetics and Scientology. 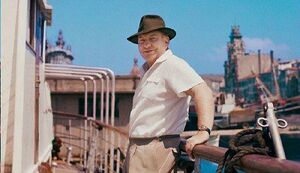 Those who were close to him saw a generous and caring leader who used his gigantic personality to keep his ship, his fleet, his organization, and his religion on track. Karen de la Carriere, a young British auditor, remembers watching Hubbard in his office screaming at one of the crew; when that person left, cowering, Hubbard swiveled in his chair and gave Karen a big wink. “He was in total control,” she realized. “It was all theatrical to create a desired effect.”

Hubbard developed many of the basic Scientology techniques aboard the Apollo. In one instance, Karen was having no luck auditing a wealthy Scientologist with a long drug history, who kept falling asleep during their sessions. Hubbard theorized that the LSD he had taken must still be in his system; perhaps the drugs could be sweated out by putting him to work swabbing the decks. After six weeks, he was a changed man. Karen says that was the beginning of the Scientology drug-treatment program, called the Purification Rundown.

A strapping crewman named Bruce Welch had what other crew members diagnosed as a nervous breakdown or a psychotic episode. In Scientology terms, he had gone “PTS Type Three.” He had a crush on one of the ship’s young women, and when he learned she was engaged, he went berserk. Welch got a butcher knife from the pantry and threatened to kill Hubbard and other members of the crew. There were no designated security procedures or personnel trained to handle such a case. It took four crewmen to eventually subdue Welch and wrestle him into a cabin in the forecastle, the storage area above the bow, away from most of the crew, where he screamed continuously. There was a metal bed with a mattress, and a metal cabinet, but Welch managed to tear them apart with his bare hands and shove the pieces through the porthole.

A young Australian named Mike Rinder (who would eventually become the church’s chief spokesperson) had just arrived aboard the Apollo and was given the assignment of guarding Welch’s cabin. He sat on a trunk in the hallway, listening to Welch shouting, “Bring the Commodore here! I want the Commodore right now!” Then Welch would yank on the door, which was locked and lashed to the bulkhead with sturdy ropes. Several times, Rinder recalled, Welch beat up other members of the crew when he was escorted to the bathroom or given his meals.

Hubbard saw Welch’s rampage as an opportunity to experiment with the problem of acute mental breakdown. Total silence was enforced on the forecastle deck so that Welch would have nothing to stimulate him. Three times a day, Hubbard would write Welch a note, asking about his well-being. Welch’s response might be, “You’re the devil incarnate. I’m going to enjoy plunging the knife in you.” Hubbard would respond that he understood, and by the way was there any special food that the chef could prepare for him? In this way, Welch’s rage began to subside. He allowed an auditor to visit him each day. After two weeks, the door to Welch’s cabin was unlocked and he emerged, serene and apparently cured.

THE TECHNICAL BREAKTHROUGH OF 1973!

I have made a technical breakthrough which possibly ranks with the major discoveries of the Twentieth Century. It is certainly the greatest advancement of 1973 and is now being released after a final wrap-up of research. It is called the Introspection Rundown.

The purpose of the Introspection RD is to locate and correct those things which cause a person to fixate his attention inwardly, on himself or his bank. This RD extroverts the person so that he can see his environment and therefore handle and control it.

In 1970 the actual cause of PSYCHOSIS was isolated (as given in HCO B C/S Series 22, “Psychosis”, 28 November 1970). In the ensuing years this has been proven beyond doubt to be totally correct.

But what is a psychotic break?

Man has never been able to solve the psychotic break. In fact, human beings are actually afraid of a person in a psychotic break and in desperation turn to psychiatry to handle.

Psychiatry, desperate in its turn, without effective tech, resorts to barbarities such as heavy drugs, ice picks, electric and insulin shock which half kill the person and only suppress him. The fact remains there has never been a cure for the psychotic break until now.

The key is WHAT CAUSED THE PERSON TO INTROSPECT BEFORE THE PSYCHOTIC BREAK.

The breakthrough was made on a person who, after a series of wrong indications, went into a full-blown psychotic break—violence, destruction and all. 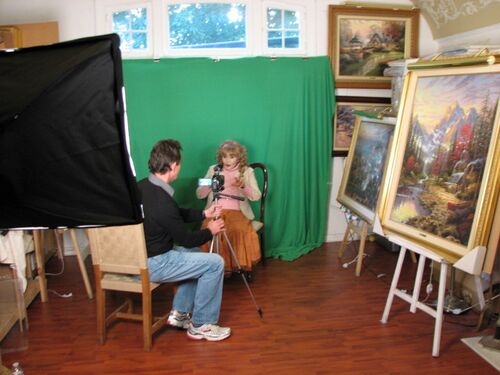 The psychiatrist at this point would have sharpened up his ice pick, filled his syringes with the most powerful (and deadly) drugs he could find and turned up the volts. His “handling” would have been a final destruction of the individual.

The subject should be given vitamins, especially Vitamin B, along with calcium and magnesium, in order to restore his physical well-being. He should be examined on the E-Meter for discordant moments in his life, such as someone accusing him of something he hadn’t done, or being told he was a Potential Trouble Source when he wasn’t, or having his identity questioned. These steps are simple, Hubbard said, but “its results are magical in effectiveness.” The goal is to take the highly introverted personality, who is trapped in an endless loop of self-criticism, and bring him out of himself.

The subject should be able to look at the world once again and see it as “quite real and quite bright.”

“Do it flawlessly and we will all win,” Hubbard promised.

The Apollo crew were in awe. They had seen the transformation with their own eyes.

A madman was made sane on the high seas, To do that, you have got to have a certain amount of greatness.

the type three PTS is mostly in institutions or would be. On this case the type two’s apparent SP is spread all over the world and is often more than all the people there are-for the person sometimes has ghosts about him or demons and they are just more apparent SPs but imaginary as beings as well. (HCOB 24 Nov 65)

2. a colloquial name for the reactive mind. This is what the procedures of Scn are devoted to disposing of, for it is only a burden to an individual and he is much better off without it. (Scn AD)...more

1. a person or preclear who “roller-coasters,” i.e., gets better, then worse. This occurs only when his connection to a suppressive person or group is unhandled and he must, in order to make his gains from Scn permanent, receive processing intended to handle such...More