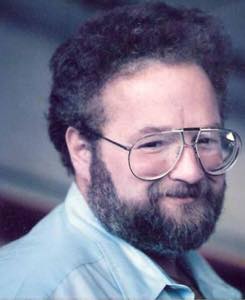 Dick Glass Aka The Eloquent Elephant

As seems to be the case with too many new young Sea Org recruits, I was picked up at the airport not by my recruiter but by some harried staffer shortly after 1 pm on a Thursday and raced to the Hollywood Inn where no arrangement had been made for my berthing.

I was too young and naive to consider that a problem. Besides, larger than life, and I don't mean that because of his physical size, in the corner of the lobby, was Dick Glass, the Eloquent Elephant, and a piano, belting out tunes between jokes and generally keeping me enthralled. I had never seen or heard of him before, but, wow, what an intro.

He invited me to join him on the piano bench and together we plunked out a few tunes and generally had a ball. The three hours I had to wait before I actually had a place to stay passed in a few minutes.

Dick was a goodwill ambassador for Scientology. He recorded a couple of albums through Capitol that sort of did ok, his voice was tuneful, but no more than any other singer of the day. He has a few tunes on YouTube if you care to listen. All in all, you would say he was unremarkable, but he wasn't. He lit up a room and it stayed bright after he left. You knew you had been in the presence of greatness.

For over 20 years, Dick used his self-deprecating humor and larger than life personality to promote Scientology.

During some of that time, when I was still active, Dick and I were good friends. He never forgot my name. We played beautiful music together and shared many a confidence. He was a sweet, kind man and never betrayed my confidences.

Then he started suffering from the side effects of untreated diabetes, brought on by his increasing weight. At this time due to health reasons, he focused more of his energies on his health, than traveling. He was an honorary Sea Org member, due to his extensive drug history during the 60's. While Dick was an amazing man, he didn't confront and deal with his health, despite repeated attempts from others.

Compared to some of the other people who will be highlighted here, Dick was actually given a memorial on August 2, 1992, at Celebrity Center International.

This was the program:

Master Of Ceremonies: Welcome to all

"About the Author" - by Dick Glass

To Dick - poem by Barbara Cordova

Produced by and music by Dick Glass

Memories by his Friends

RIP Dick. Your life was lived well and you are not forgotten.